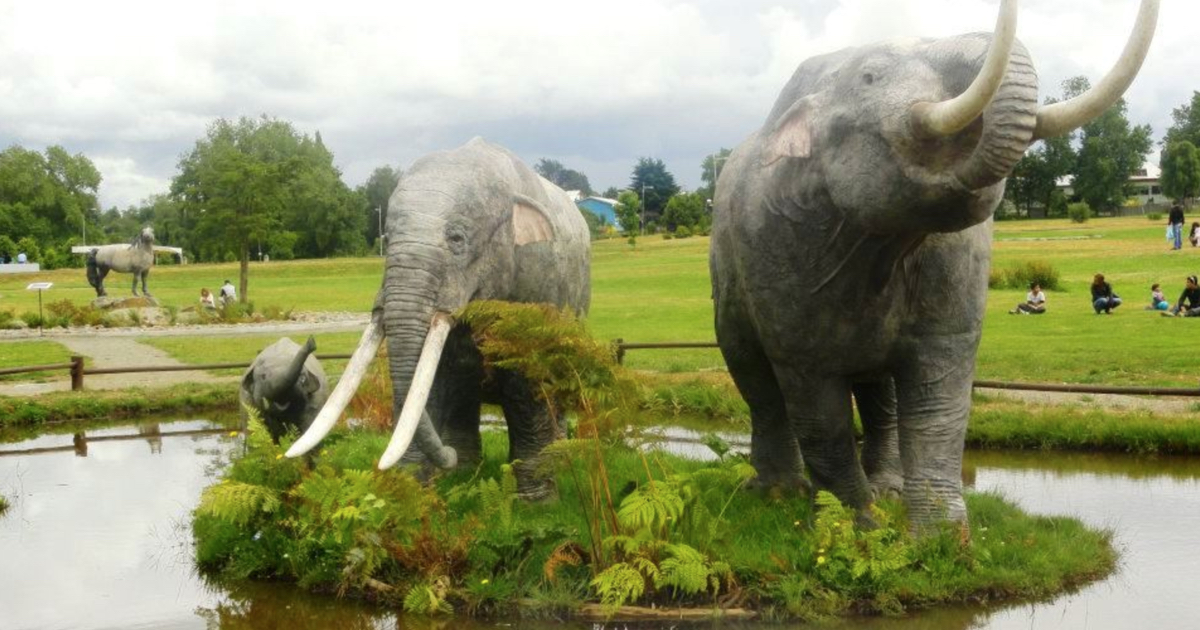 A recent large-scale study undertaken by an international team of scientists is offering what has been called “the most extensive investigation south of the equator” to offer evidence of the Younger Dryas (YD) Impact Hypothesis.

In a paper published in Scientific Reports, the team, led by Mario Pino with the Transdisciplinary Center for Quaternary Research (TAQUACH) at the Universidad Austral de Chile in Valdivia, Chile, discovered evidence of several elements associated with the controversial theory previously found in North America. The focus of the recent study was Pilauco Bajo, a late-Pleistocene archaeological site at Osorno in Southern Chile. Pino’s past studies at the site produced radiocarbon dates for human and megafaunal occupation dating to 14,000-14,700 years B.P.

While Pino and other Chilean scientists were studying the sediment layers at Pilacuo Bajo several years ago, they began to recognize what appeared to be features associated with the YD impact event as described at several North American sites. Among these key discoveries had been a “black mat” layer, dating to approximately 12,800 BP, which coincided with the disappearance of human artifacts and evidence of megafaunal remains.

According to the new paper’s extract:

In the most extensive investigation south of the equator, we report on a ~12,800-year-old sequence at Pilauco, Chile (~40°S), that exhibits peak YD boundary concentrations of platinum, gold, high-temperature iron- and chromium-rich spherules, and native iron particles rarely found in nature.

The significance of the platinum concentrations and other metallic signatures at the Chilean site presents another unique identifier, with relevance to previous studies that located an anomalous abundance of the rare earth metal at several YDB sites, as well as within ice core samples from the Greenland Ice Sheet. Christopher R. Moore, Ph.D. of the South Carolina Institute of Archaeology and Anthropology, University of South Carolina, Columbia, who contributed to the recent Chilean study, was the lead author of a paper published in Scientific Reports in 2017 which first identified this platinum anomaly.

The new paper also describes significant peaks in charcoal abundance, which the researchers interpret to be evidence of widespread and intense biomass burning which coincided with “dramatic” effects to vegetation in the region. Evidence for warmer temperatures and changes in precipitation seasonality also accompanied this period, lending further support to the widespread changes occurring in the region during this period.

The team also notes a sharp and sudden decrease in megafaunal remains that coincide with the YDB layer, similar to previous observations noted at several North American sites. To date, evidence supporting a YDB impact has been located on four continents.

“It’s much more extreme than I ever thought when I started this work,” said UC Santa Barbara geology professor emeritus James Kennett. “The more work that has been done, the more extreme it seems.”

Speaking with Sonia Fernandez for an article that appeared at The Current, a publication of UC Santa Barbara, Kennett says that there were discoveries made that were unique to the Chilean site; specifically, an abundance of spherules rich in chromium, an element that is not commonly found at similar sites located in the Northern Hemisphere.

“It turns out that volcanic rocks in the southern Andes can be rich in chromium,” Kennet told The Current, “and these rocks provided a local source for this chromium… Thus, the cometary objects must have hit South America as well.”

Proponents of the YD impact hypothesis contend that around 12,800 years ago, a disintegrating comet or asteroid resulted in multiple airbursts and possible surface impacts, which resulted in widespread biomass burning, a short-term impact winter, and a longer period of climate changes identified in relation to the Younger Dryas Climate Event.

It is possible that the severity of events occurring during this time may have contributed to the eventual extinction of late Pleistocene megafauna, with some similar effects on human populations. Evidence for the Younger Dryas impact hypothesis has been found in North America, Europe, western Asia, and South America, along with a possible impact feature identified at Greenland’s Hiawatha Crater.