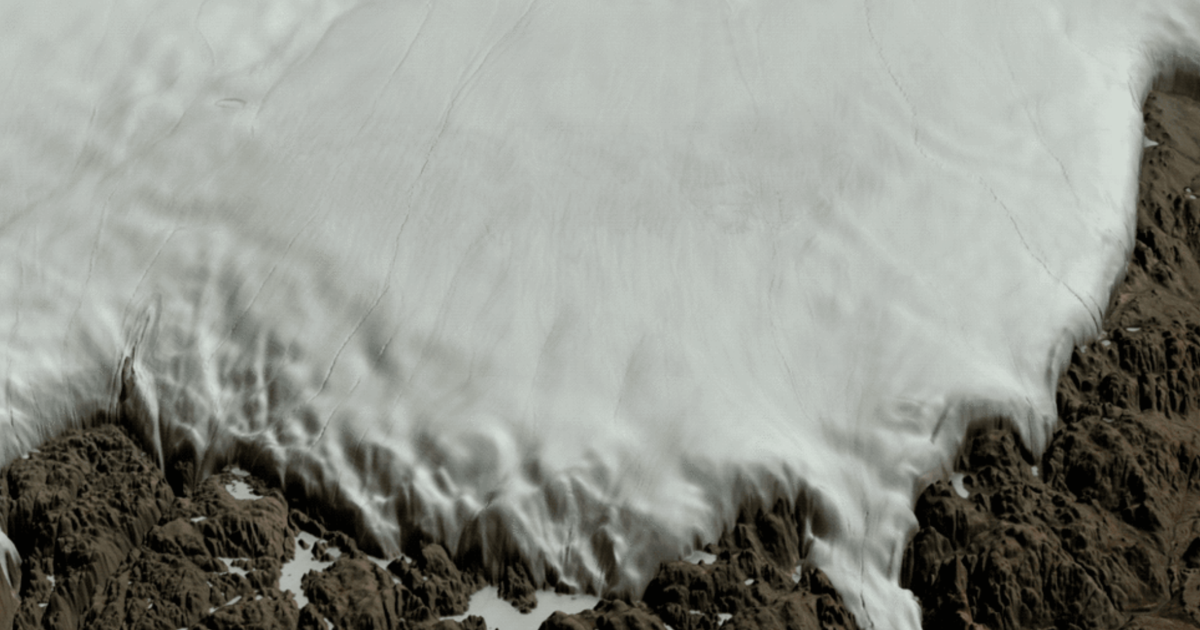 The discovery of what may be a city-sized impact crater–the first ever found below ice–was announced by an international team of scientists on Wednesday. Dating of the impact feature, while inconclusive, indicates that it could be as recent as 12,000 to 15,000 years old, controversially placing it within the same period as the Younger Dryas, a dramatic period of climatic reversal that occurred toward the end of the last Ice Age.

The proposed impact feature was located beneath Hiawatha Glacier in Northwestern Greenland, drawing from data collected between 1997 and 2014 as part of NASA’s Program for Arctic Regional Climate Assessment and Operation IceBridge.

The discovery was reported in a paper published in Science Advances.

Just a few years ago, the Hiawatha Glacier would have been the last place many were looking for anything of significance, let alone an impact crater roughly the size of Washington D.C. (which would make it among the 25 largest craters ever found).

However, in 2015 NASA’s aforementioned operation IceBridge began deploying aerial missions using equipment that included radars, lasers, and other scanning technology over the region. According to Goddard Space Flight Center glaciologist Joseph MacGregor, one of the new study’s coauthors, the NASA data was then made public, after which a team of Danish glaciologists retrieved the data, and soon reported the discovery an anomalous region below the ice of the Hiawatha Glacier.

“Until 2015, no one had paid much attention to this part of the planet,” MacGregor told National Geographic on Wednesday.

Incidentally, a meteorite that now resides in the collection at Denmark’s Natural History Museum was recovered from the same area where the Danish team noticed the prospective city-sized impact feature.

The notion that a glacial area in the northern hemisphere might be the site of an impact feature of this sort was suggested to the Seven Ages Research Associates in early 2018, during a conversation with Professor James Kennett, a retired marine geologist and Professor Emeritus of Earth Science at the University of California, Santa Barbara. Over the years, a number of scientists (including members of the Comet Research Group) have sought evidence for a possible impact that occurred toward the end of the Pleistocene, and some have speculated that such an impact may have struck glacial ice at that time. This could have resulted in an impact feature which, unlike most crater formations, would not be readily apparent today.

According to the study’s authors, the Hiawatha crater is potentially the northernmost impact feature, if confirmed, of any known impact crater. This is significant because its location “increases the probability of a northward-directed oblique impact (that is, a diagonal path) given the majority of Earth-crossing asteroids that move in or near the ecliptic plane.”

Although many scientists have focused on a possible link between this impact feature and the Paleoindian period, the authors of the study note that, “Because it is not yet known whether the Greenland Ice Sheet covered this region at the time of the impact, or its thickness at that time or the impact angle, our estimates of impactor size, initial crater size, impact melt volume, and ejecta thickness and extent should be considered preliminary.”

However, on account of radiostratigraphic features which the team called “highly anomalous,” they note that they “interpret the deformed radiostratigraphy of this deeper and older ice as indicating that there was a transient that strongly affected ice flow thereafter most of the LGP ice was deposited.” In other words, the anomalous aspects of the proposed impact feature could be a result of those characteristics–possibly formed by an impact–occurring after most of the ice had accumulated in the immediate area. This would appear to be consistent with the notion of an impact striking the glacial ice around the time of the Younger Dryas, roughly 12,700 years ago.

“The sum of these tentative age constraints suggests that the Hiawatha impact crater formed during the Pleistocene,” the authors report, “as this age is most consistent with inferences from presently available data.”

The complete paper, titled “A large impact crater beneath Hiawatha Glacier in northwest Greenland” appears at the Science Advances website and can be read online.

The Radiocarbon Revolution: Dating the Past Through Chemistry

The Calendar of Deep Time: The Geological History of Planet Earth