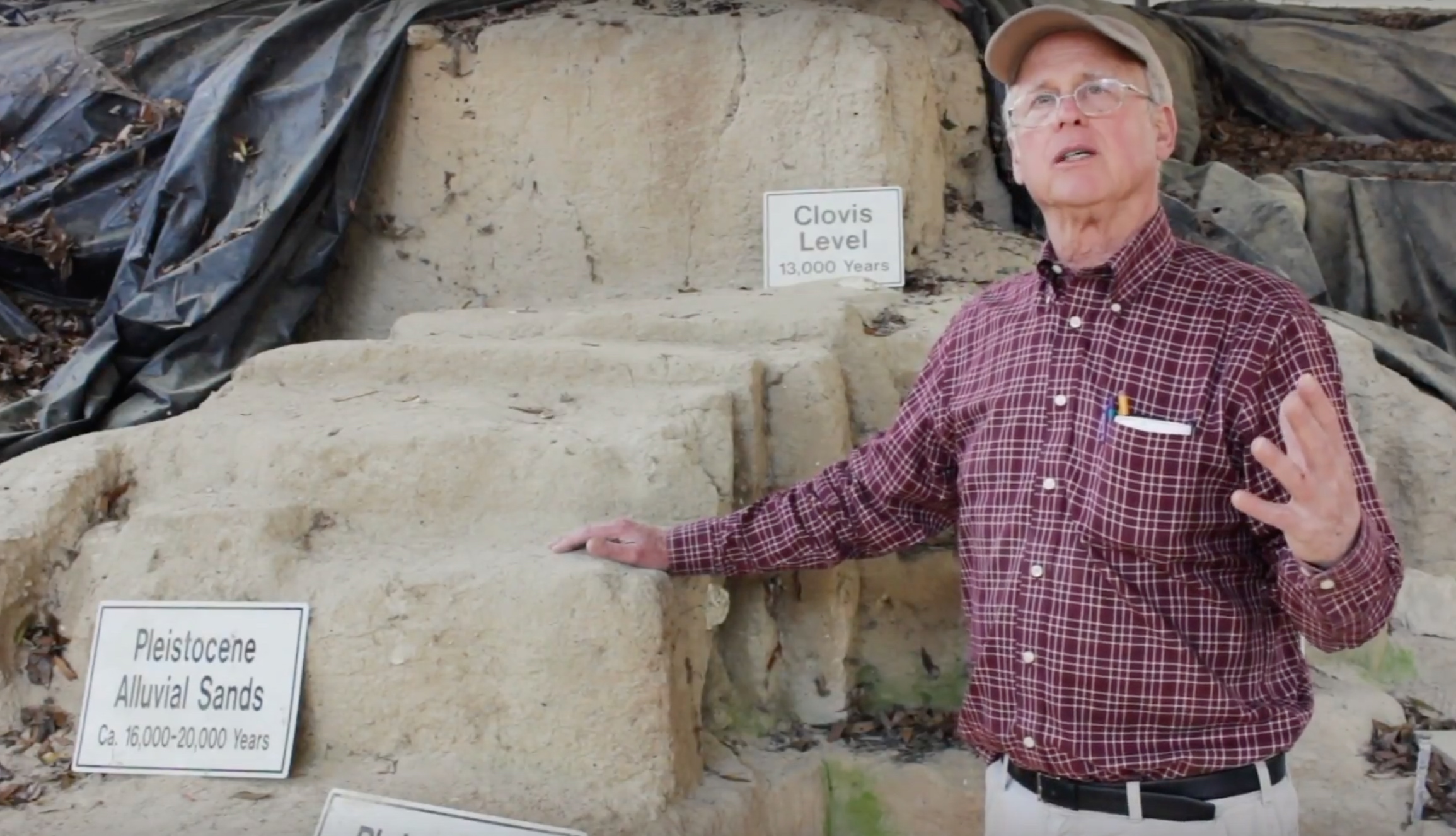 Over the course of the last century, American archaeology has remained an ever-shifting narrative. Since the 1930s, the existence of humans in North America at least as far back as 13,000 years ago had been well established; and since the new millennium, the evidence for people who arrived well in advance of the Clovis culture is no longer contested as a “controversial” idea.

Amidst the confirmed pre-Clovis archaeological sites, locations like Bluefish Caves in Alaska remained controversial until only recently, after artifacts recovered there during excavations in the 1970s and 80s were confirmed to have a much older provenance. New discoveries at other locations like the Gault site in Texas have also revealed projectile points of surprising antiquity, dating back reliably to 16,000 years BCE, though many of the dates (obtained through optically stimulated luminescence, or OSL) suggest a human presence going as far back as 20,000 years or more.

But perhaps none of the proposed pre-Clovis sites in North America has aroused more controversy over the years than the Topper Site, an ancient chert quarry located in Allendale County, South Carolina.

In the video below, the Seven Ages team travels to the Topper site, joined by Dr. Albert Goodyear who oversaw excavations at Topper beginning in 1986. During our visit, Dr. Goodyear shared the history of the site and its discovery, and gave us detailed explanations for some of the most notable artifacts recovered there, the oldest of which could be as much as 50,000 years old:

The Topper site was first identified in 1981 by Goodyear, who is now a semi-retired University of South Carolina archaeologist, along with the help of a local forester named John Topper. Ancient Americans came to Topper to retrieve Allendale Coastal Plain chert, a prized variety of stone for use in the making of projectile points. During the early excavations that began at Topper in 1986, an Archaic occupation was already evident, and by the late 1990s an extensive Clovis presence in deeper strata had been documented. Artifacts numbering in the thousands were retrieved and documented throughout this time.

At the time, Topper’s confirmation as a Clovis site made it one of only a few Clovis sites found in the southeast, although Pleistocene habitation along coastal regions was likely (many such sites are likely hidden beneath coastal waters today, since they would have beensubmerged as sea levels rose at the end of the last ice age). However, the Clovis-era discoveries were not the last cultural artifacts that excavations at Topper would produce.

Beneath the Clovis horizon at Topper are two meters of Pleistocene-era alluvial sand; between these alluvial deposits and a layer of clay several feet thick below it, an array of artifacts were discovered that were dubbed “The Topper Assemblage.” Comprised of a variety of scrapers and other simple lithic tools, optically stimulated luminescence dating determined that this region of strata dates back to as much as 15,200 years BP, according to studies by archaeologist Michael Waters of Texas A & M University in the late 1990s.

However, some of the lithic artifacts recovered from even deeper strata at Topper could date as far back as 50,000 years, according to some estimates.

Such artifacts have been met with criticism. Among the notable opponents to the idea of 50,000-year-old artifacts anywhere in North America, let alone in South Carolina at a site like Topper, had been Michael B. Collins of Texas State University. However, mounting evidence in recent years has continued to push back the timescales on the earliest human occupations in North America; among the latest was the aforementioned paper in Science Advances earlier this year which discussed evidence for early human projectile manufacture at the Gault site in Texas going back as much as 20,000 years (ironically, this paper lists Collins as a co-author).

In light of such discoveries, perhaps Topper’s earlier legacy cannot be ruled out after all. Newer studies have continued in relation to the “Topper assemblage” as well; among the most recent had been the 2015 doctoral dissertation written by Tennessee graduate student Douglas Sain, whose work was discussed by J.M. Adovasio and David Pedler in their 2016 book, Strangers in a New Land: What Archaeology Reveals About the First Americans.

Sain has concluded that the pre-Clovis Topper Assemblage artifacts are indeed genuine, and that a small sample of the tools show microscopic evidence of human use in the form of edge polish (the smoothing of sharp edges via repetitive action), striadons (fracture lines resulting from contact with another object), residue (plant or animal material adhering to the artifact), and edge damage (chipping of the artifact’s edge through use). His research has also concluded that the Topper Assemblage artifacts are indeed in situ, and hence did not migrate downward into the deposit from overlying archaeological levels. It remains to be seen what the professional archaeological community will make of Sain’s findings, but if the Topper Assemblage finds widespread acceptance a radical reworking of our understanding of pre-Clovis stone technology will be in order.

Topper’s assemblage of pre-Clovis artifacts may not always be disputed by the broader community of North American archaeologists. Perhaps with the help of similar discoveries occurring elsewhere in the Americas right now, archaeologists will be encouraged to return to the Topper assemblage with a fresh eye. With any luck, they too will be convinced that a human presence in North America goes back farther in time than the anthropological community would previously have ever guessed.

2 thoughts on “Topper: South Carolina’s Most Controversial Archaeological Site May Be Its Oldest”