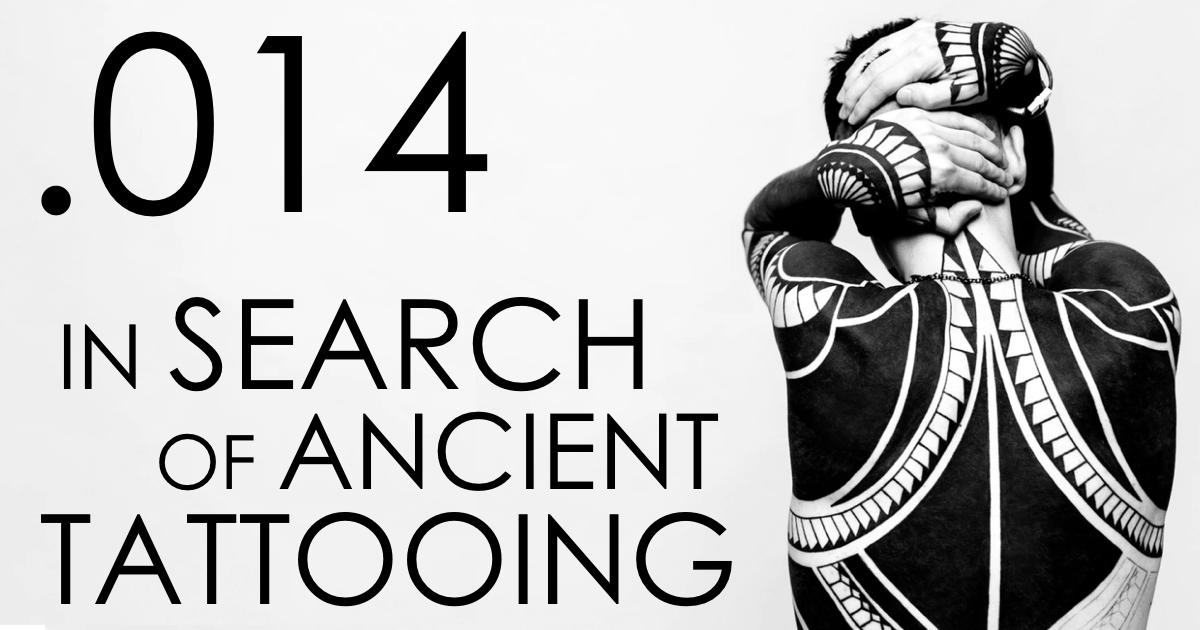 On this edition of the Seven Ages Audio Journal, our interest in archaeology spills over into art history this week, with questions about one of the least-discussed aspects of art in the ancient world: body art and tattooing practices in the ancient world.

Our guest this week is Aaron Deter-Wolf, an expert in the practice of tattooing who researches how it might have been done in prehistory. Aaron earned his BA from Duke University in 1998 and his MA from Tulane University in 2000, where he studied Mesoamerican archaeology. From 1995 – 1999 he conducted fieldwork in Central America with teams from Williams College and the Belize Valley Archaeological Project, including excavations designed to reconstruct preliminary chronologies and delineate major occupations at two previously uninvestigated late Classic Maya sites in Guatemala. Aaron’s MA thesis examined the Late Classic ceramic figurine assemblage from the site of Motul de San José in Guatemala’s Department of Petén. Aaron has also worked closely with archaeologists and students from MTSU conducting the reanalysis of several old collections, and since 2009 has taught at MTSU as an adjunct professor.

While his archaeological research focuses predominantly on ancient Native American sites in Tennessee, for the past decade Aaron has also undertaken research to identify ancient tattoo implements through a combination of contextual analysis and microscopic use-wear. In 2009, Aaron organized the first American academic symposium to examine ancient and early historic Native American tattooing, which culminated in the volume Drawing with Great Needles: Ancient Tattoo Traditions of North America. Since that time he has participated in international symposia devoted to ancient body modification, and authored several book chapters on the identification of ancient tattoo tools and the archaeological origins of tattooing. In 2016, Aaron was the lead author on an article in the Journal of Archaeological Science: Reports confirming that the European ice mummy Ötzi exhibits the world’s oldest preserved tattoos, and that same year appeared in the NOVA documentary “Iceman Reborn” discussing Ötzi’s tattoos. Along with Lars Krutak, Aaron is co-editor of the new volume Ancient Ink: The Archaeology of Tattooing, the first-ever book dedicated to the global archaeological study of tattooing.

The Lost Colony of Roanoke | SAAJ 47

The Collapse of Cahokia | SAAJ 46