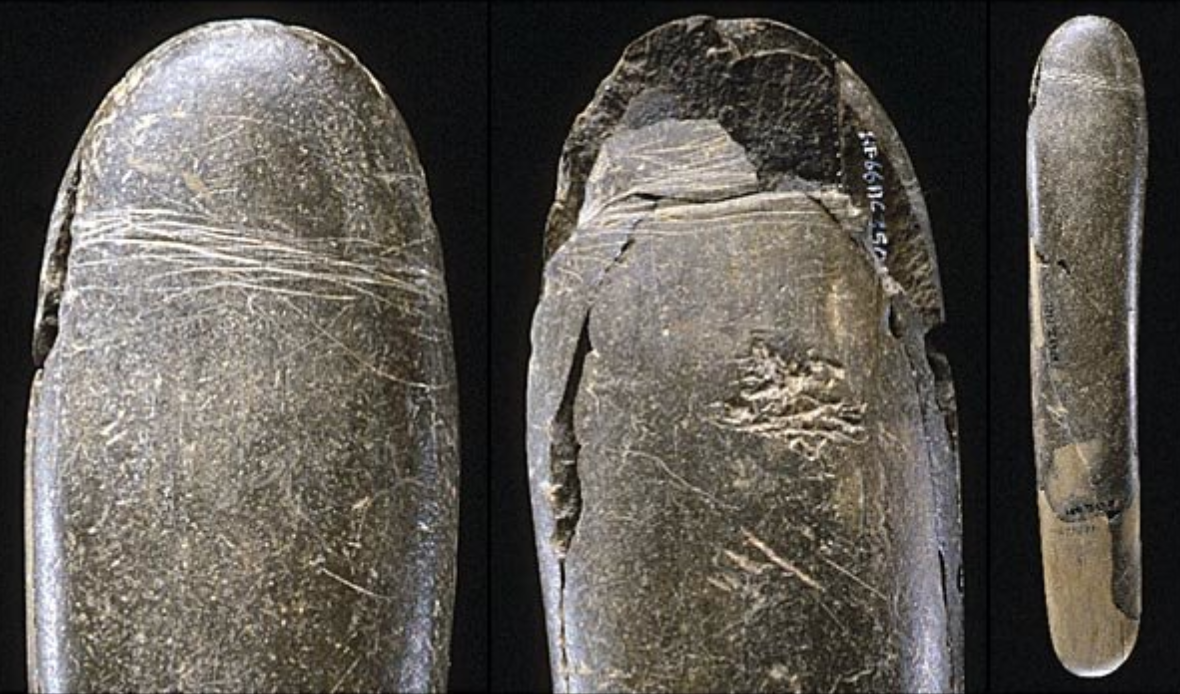 History is not reserved only for epic conquests of heroic leaders, the conquering of nations, or the building of monuments. History allows us to learn valuable lessons about the human mind and social, economic, and moral norms from ages past; such things hopefully allow us to gain insight into changes over time.

While history provides a broad umbrella under which we can seek out interpretations of the past, it is archaeology that presents us with the tangible materials that we can touch and hold, allowing the imagination to carry us away to years, decades, and ages gone by.

In modern times, we hold our heads high, regarding our current level of advancement as the pinnacle of technological achievement. We have conquered the throes of gravity to escape the planet, and have mastered such issues as food on demand in many parts of the world, in addition to television for entertainment, and the all-mighty cellular phone.

And yet, at our core, we are the same as all those who came before us. It is only our magnificent “toys” that give us a sense of divine accomplishment. While we have many flashy and sleek innovations that make life grand for us today, there is one area that remains largely unchanged, and one that is still very much at the core of what it means to be human: the unconquerable sex drive!

Yes, sex has always been at the core of the human experience, and while the advent of religion and other moral codes created a means by which to suppress and drive some of these ambitions underground, the drive remains nonetheless. After all, without this driving force of nature, the human species would cease to exist.

It is this fire that provides the basis for this article, and the discovery of “history’s unmentionables”: that is, handcrafted love devices from the past, which give us insight into ancient attitudes toward sex, and of course, show us today that some things really never do change.

Hohle Fels Cave just outside of the town of Schelklingen, Germany is home to many fascinating and important archaeological discoveries. Among the Upper Paleolithic artifacts found in the cave is the Venus of Hohle Fels, discovered in 2008 by a team from the University of Tubingen led by Nicholas Conard, along with a bone flute and several other mammoth ivory figurines.

While the cave boasts a long history of human occupation, it is for the sake of this conversation that we will focus on the artifact recovered there that pertains to the topic at hand. Tucked away among the hidden treasures of the cave and covered over by the ages was a stone representation of the male anatomy. The stone phallus–believed to be 28,000 years old–is nearly 8 inches in length and is highly polished, creating a smooth surface (for reasons that remain obvious now, as they did then). The artifact was found in 2010, and though its purpose may seem evident, some argue that the object might have been a tool used for other things such as flint knapping, or other multi-use functions.

The stone phallus was originally found in 14 pieces. However, when it was reassembled, the striking completed puzzle left little to the imagination. While there seems to be a prevalence of depictions of female sex organs and Venus-type imagery from this period, it is rarer to find such representations of the male anatomy, further lending to the fascination the 28,000-year-old stone pleasure device elicits.

While it is certainly possible that this object was only a ceremonial piece, possibly ascribed to some ancient fertility ritual, we know that the urge and desire for sex would have been no different 28,000 years ago than it is today. Even in the event that this relic had multiple uses, one may well have been to aid in sensual relief from the stress of life in the Ice Age.

The stone phallus of Hohle Fels Cave may be vague enough in appearance that its use can be debated. However, the next example provides a more direct and contextual narrative and one that leaves little to the imagination. Archaeologists in the town of Gdansk, Poland were conducting an excavation within a 250-year-old latrine (as such areas can often yield great insights about past cultures), when they made an unexpected discovery. Among the muck and debris of the latrine was an unmistakable form, covered in thick mud: it was an 8-inch long phallus, complete with a set of bristle-filled leather testicles, and a shaft fitted with a wooden tip.

One can only imagine the shock of the person who discovered this masterfully assembled sex toy. Due to the presence of other artifacts found on site, it is believed that the locale was a school for swordsmanship at the time the phallus would have been deposited. The low-oxygen environment surrounding the sex toy allowed for the excellent preservation of the leather and wooden components, and while the artifact was reportedly taken to a local museum for preservation, no word on the chances of it being displayed publicly have been forthcoming.

The examples presented in this article are but a small sampling of such “unmentionables” that have been discovered over the years. Of course, one need only turn an eye to the myriad similar themes found in Greek and Roman paintings, as well as fired jars, and wine vessels, to find what can only be described as ancient pornography.

Sex is a topic that, for some, remains uncomfortable… while others can’t seem to get it off their minds. It is, of course, an integral part of our lives, and what it means to be alive; it remains true that it has always been, and will continue to be at the very center of the human experience.