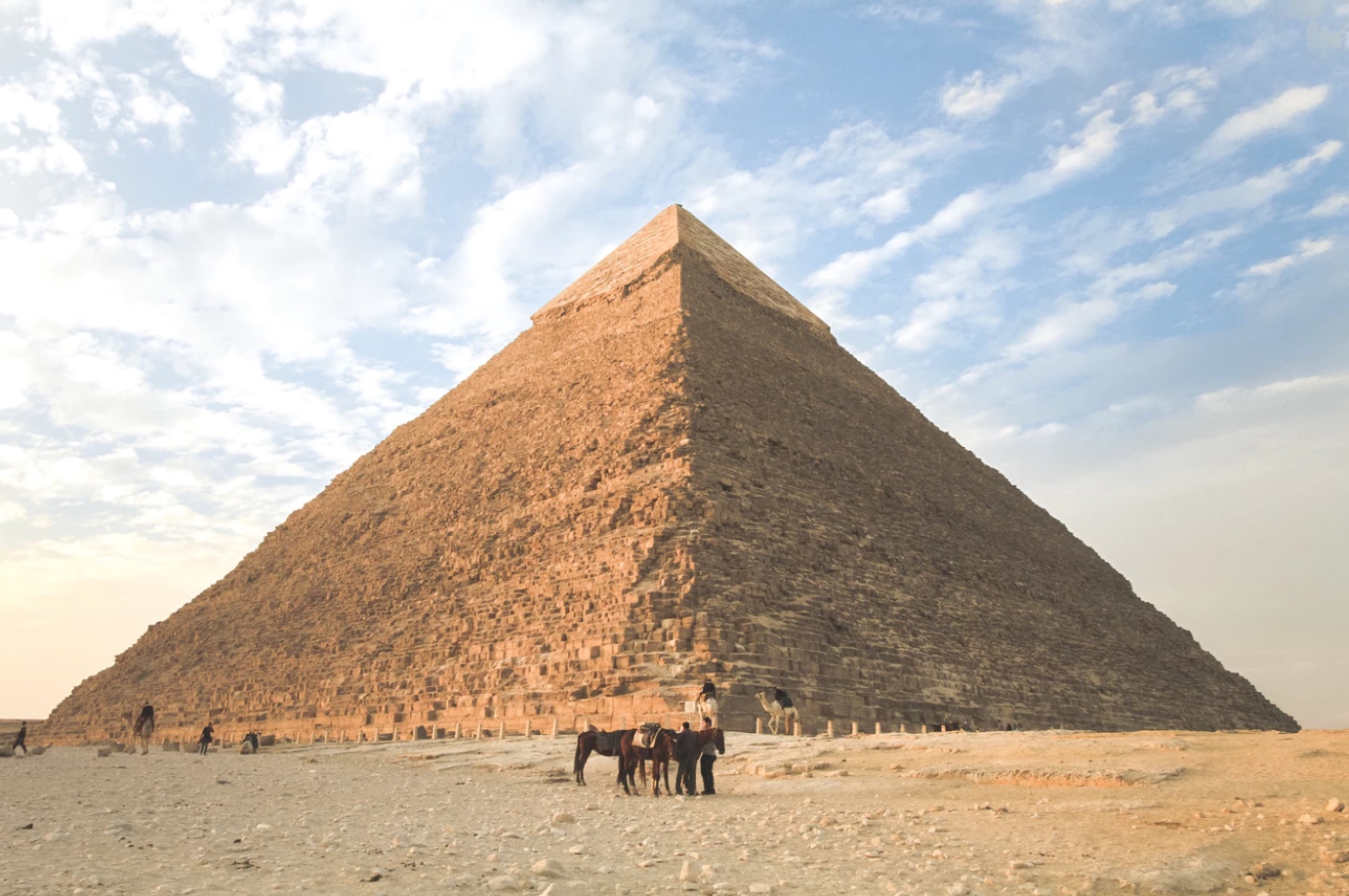 Last November, the discovery of a large hollow chamber or “void” within Egypt’s Great Pyramid caused a stir in the archaeological world. The discovery was the result of the work of the ScanPyramids project, and their two-year government-assisted collaboration with Egypt’s Heritage Innovation Preservation project, based out of Cairo University.

Once the news about a hollow chamber was disclosed to the press, the discovery was decried in short order by Egypt’s Ministry of Antiquity, with Professor Zahi Hawass leading the charge.

“The pyramid is full of voids,” Hawass said in November, “and that does not mean there is a secret chamber or a new discovery.”

Arguments against the importance of the discovery have not quelled speculation about what the hollow area or chamber within the pyramid might be. Theories range from it being intended to lessen the strain placed on the massive structure by its stone components, to a possible gallery or chamber similar to others already known to exist within the pyramid.

Favoring the latter position, an Italian mathematician has now weighed in on the matter, claiming that the area identified by the ScanPyramids Project may hold an “iron throne,” referenced in the Pyramid Texts.

Giulio Magli, Director of the Department of Mathematics and Professor of Archaeoastronomy at the Politecnico di Milano said in a press release on Thursday that, “The newly discovered room is over this gallery, but does not have a practical function of ‘relieving weight’ from it, because the roof of the gallery itself was already built with a corbelled technique for this very reason.”

In Magli’s view, the structural implications of there being a hollow area in this region of the pyramid, rather than indicating a practically-designed void, suggests a more esoteric purpose.

“There is a possible interpretation,” Magli says, “which is in good agreement with what we know about the Egyptian funerary religion as witnessed in the Pyramids Texts. In these texts it is said that the pharaoh, before reaching the stars of the north, will have to pass the ‘gates of the sky’ and sit on his ‘throne of iron’.”

It is a bold speculation. In Magli’s interpretation of the texts, therefore, it is suggested that a literal “throne of iron” exists, presumably within the new chamber which remains sealed. It is unclear whether there are as-yet undiscovered entrances to this area, or whether they could connect with existing regions of the pyramid that remain unexplored, such as a sealed-off area beyond a limestone blockade within the “north shaft”, which has long intrigued Egyptologists.

Much like Magli, Zahi Hawass has been one of the many to speculate what the significance of these doors within the north and south shafts might be, and how they could relate to clues offered in the Pyramid Texts (one translation of which can be read online here).

In Hawass’s own words:

“The presence of these doors in the Great Pyramid creates many questions. One idea is that the doors are a challenge that the king must face before his travel into the afterlife.  It is written in the Pyramid texts that the king will face bolts before he travels; perhaps this is a reference to the door’s copper handles. Yet if this is true, why is Khufu’s pyramid the only one with the doors? Also, why do they not exist in the shafts of the third chamber? Logically, they should be where the king’s body is buried. It is possible that these doors are evidence that Khufu’s burial chamber might be hidden somewhere inside of his pyramid.”

Rather than the alleged “iron throne” which Magli speculates may reside in the newly discovered chamber, it is at least more likely that the sealed-off area could somehow relate to Khufu’s own burial chamber; that is, if one of the existing chambers within the pyramid was not used for this, as some Egyptologists maintain.

Aidan Dodson, an Egyptologist and historian with the University of Bristol, is an expert in Egyptian funerary archaeology. In 2004, he told The Guardian, “The idea that Khufu’s burial chamber is still to be found in the pyramid I find unbelievable. Architecturally there is no reason why there should be a corridor underneath the queen’s room. The burial chamber has always been known.”

Of the claims that an additional “hidden” chamber exists beneath the so-called “queen’s room,” it was suggested in 2004 by two French amateur Egyptologists, Gilles Dormion and Jean-Yves Verd’hurt, that ground penetrating radar analysis of the pyramid revealed a previously undiscovered corridor, which might lead to a chamber “at the cross-section of the diagonals and the absolute heart of the pyramid.” The pair believed that this undiscovered area might be the actual burial chamber of Khufu, an idea similar to those expressed by Zahi Hawass.

It remains to be seen what, if anything, might exist in the new area discovered by the ScanPyramids project last November, and whether this will shed new light on the many mysteries of Egypt’s Great Pyramid.