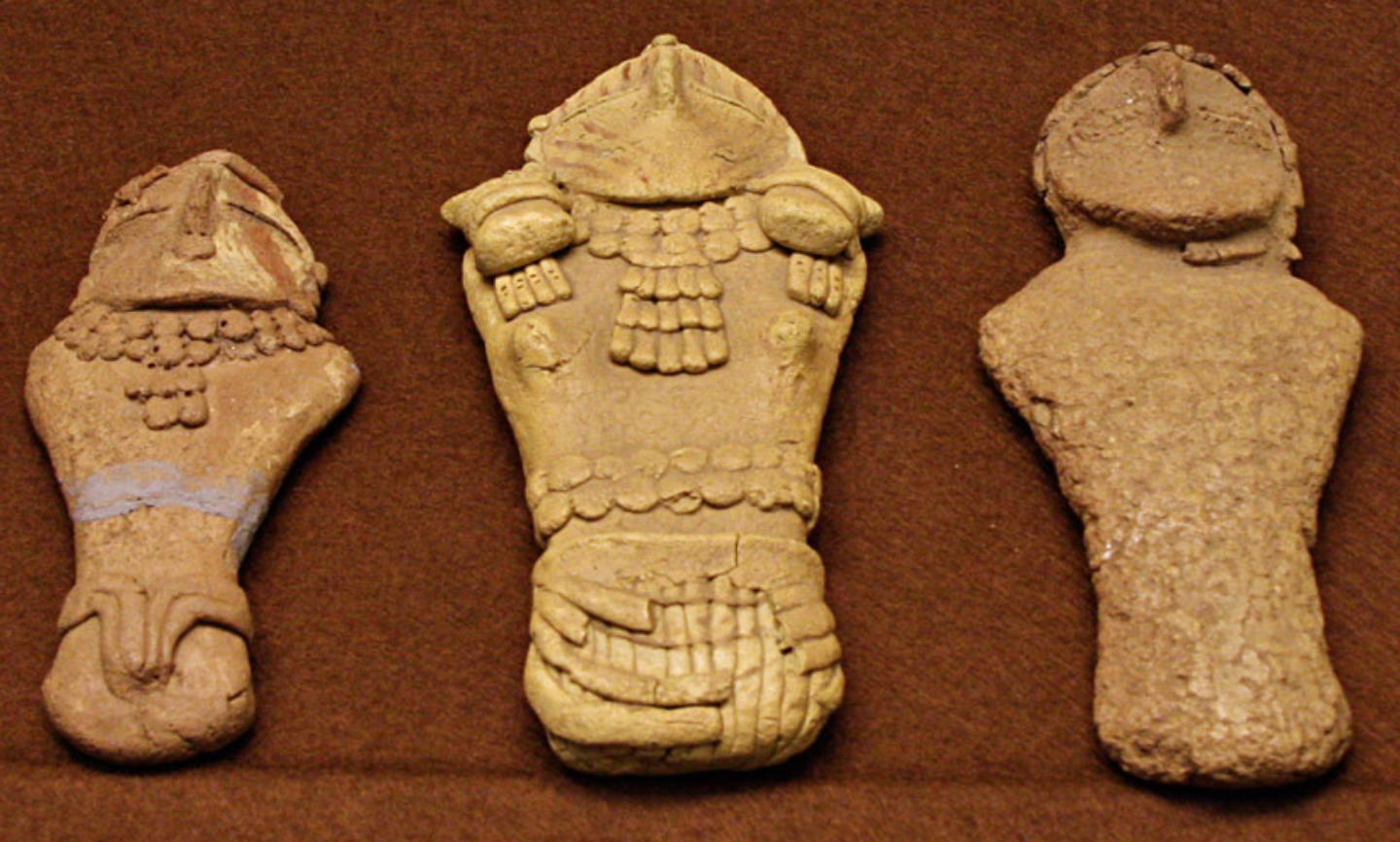 The Fremont Culture, named for the Fremont River Valley in which the first sites were discovered and researched, dates from approximately 600 – 1300 AD. Located in Utah and adjacent parts of Idaho, Nevada, and Colorado, they are known for their unique traditions, which separates the Freemont from other well-known Puebloan ancestors like the Anasazi.

The Fremont Culture lived in a style of dugout pit house that would have been covered with a natural fiber roof, often composed of brush. They also made use of available rock shelters or caves in the region, subsisting on both agricultural and hunter-gatherer methods of food collection and preparation. The river bottoms provided excellent soil for growing the “three sisters” of corn, beans, and squash along with other edible native plants.

While this approach to hunting and growing was common at this time in history, the Fremont Culture had several unique characteristics that separated them from other local communities. One example is a singular style of basketry known as one-rod-and-bundle. According to David Madsen in his article in the Utah History Encyclopedia, this style is so unique “it has led some to suggest that the Fremont Culture can be defined on the basis of this single artifact category alone. This technique is markedly different from that used by both contemporary Anasazi groups and from later historically known Numic-speaking groups such as the Ute and Shoshoni.”

Other unique artifacts associated with the Fremont Culture include brilliant pictographs, a distinct style of moccasin, and most notably, a beautiful and endearing type of rock art generally called Fremont figurines.

In 1950 near Range Creek Utah, Clarence Pilling along with three other ranchers are exploring an overhang when he makes the astounding discovery in a small cave. There tucked away for centuries on a natural shelf lay 11 clay figurines of stunning beauty and intricacy. These highly decorated figurines were between four and six inches in height, each having its own individual style. They were made of unbaked clay, and seemed to show evidence of black, red, and buff-colored paint. Clarence removed the figurines, and they eventually appeared at various locations where they were placed on public display. However, during one of these early display tours, one of the figurines was found to be missing from the collection.

The collection remained incomplete for decades with no real expectation that the original figurines would ever have a hope of being reunited. That is until an anonymous package arrived for Utah State University anthropologist Bonnie Pitbaldo in 2011. According to Kevin Opsahl, writing for hjnews.com, Professor Pitbaldo’s assistant informed her that a box had arrived for her with a figurine; appearing to be Native American and wrapped in a soft leather covering, it was accompanied by an anonymous note, which read:

“Sometime between 1978 and 1982 I came into possession of this piece by way of a vagabond acquaintance. He had told of ‘acquiring’ it near Vernal, Utah. I have great interest and respect for this continent’s native culture and have always hoped to somehow return this to wherever it had come from. … I am very excited at the prospect of it being returned to its proper place.”

Could it be that the missing piece, after decades of being lost, might have returned? Or was it a fake, and what do we know about the original artifacts themselves?

The investigation began with a team of scientists lead by Pitbaldo, with assistance from the Utah Crime Laboratory. One of the most striking details of the returned piece was that the maker’s fingerprints were still embedded in the unfired clay. After examination by the Utah Crime Lab, the fingerprints did not return a match of any known, living persons.

The next mystery centered around the markings on the back of each of the figurines. Pitbaldo and her team noted that the impressions on the back of each figurine appeared to be made from a variety of coiled basketry, which had likely been used to dry the pieces. For this part of the puzzle, the team sought the opinion of J.M. Adovasio, one of the foremost authorities on ancient basketry, who spent years studying varieties of cordage during his years at the University of Utah. Adovasio decided to lay each of the figurines out on a bed of cornstarch, thus allowing the impressions to be captured in fine detail. He confirmed that the diameter of the impressions matched that of the Fremont style of basketry.

Additional evidence supporting the authenticity of the figurines came with the knowledge that in the early 1950s–prior to when the figurine went missing–Harvard’s Peabody museum had coated all of the figurines with a substance for stabilization known as Alvar. Kevin Opsahl reports that BYU scientists detected the substance on the returned figurine, lending further to its authenticity.

Thus, testing and examination determined that the Fremont Figurines are indeed together again at last. The collection is now on display at the Utah State University Eastern Prehistoric Museum.