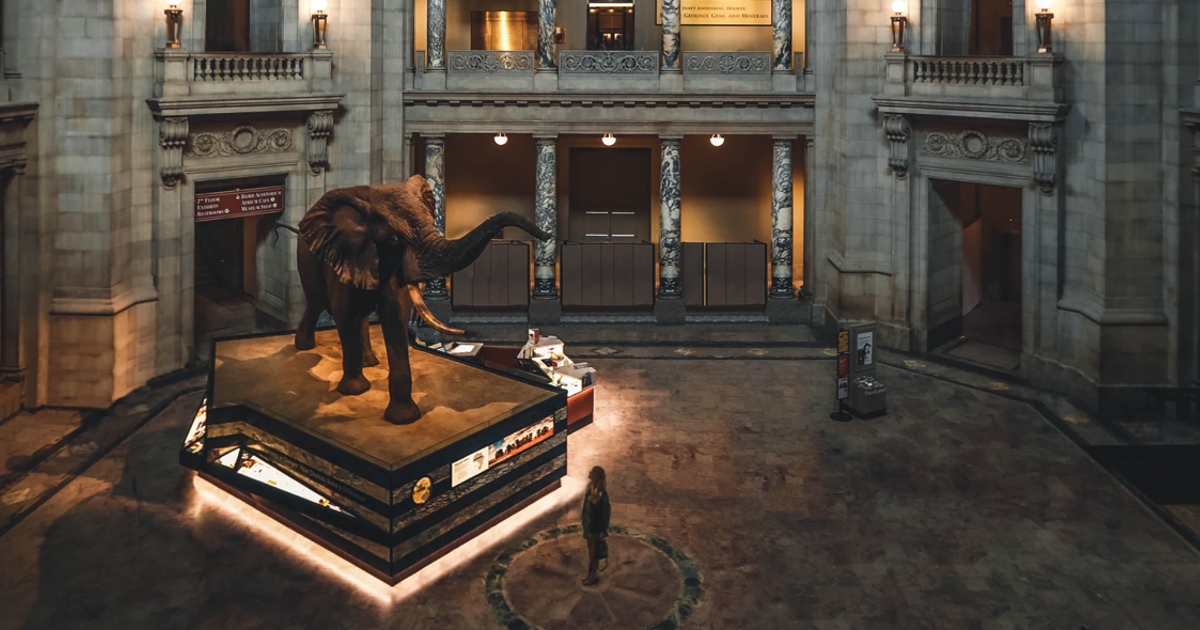 James Smithson, the man best known as the founding father of the Smithsonian Institution, was a scholar with a turbulent background. Having wealth on his side, Smithson was aided in the scientific studies that eventually helped him attain membership with The Royal Society of London. Still, many questions remained about Smithson which, even in light of his scientific contributions, persisted through to the founding of the Smithsonian Institution itself.

A chemist and mineralogist by training, James was the illegitimate son of the Duke of Northumberland, Hugh Smithson, and Elizabeth Hungerford Keate Macie, a wealthy and influential cousin of the Duchess of Northumberland. Although his exact birthday remains a point of contention among scholars, it is likely that James was born in Paris, France, on June 5, 1765 (and as suggested by scholar Heather Ewing, possibly at Pentemont Abbey). He lived as James Lewis Macie throughout his childhood, becoming a naturalized British Citizen at age ten and eventually adopting the name James Smithson after the death of his parents in 1801.

The early years of Smithson’s life were eventful. He was present in Paris during the bloody French Revolution and was later imprisoned during the Napoleonic Wars, but was freed after writing to Sir Joseph Banks, a British naturalist who succeeded in using his influence to bargain for Smithson’s release.

Following his release from imprisonment, James returned to his love of science and research. A generalist with eclectic tastes, he adopted a multitude of scientific interests that ranged from studies of snake venom to the nature of electricity, volcanism, and even coffee. Smithson would eventually publish some 27 papers and would be nominated to The Royal Society of London by the famed natural philosopher and scientist Henry Cavendish. Smithson’s particular interest in the mineral calamine–a key component in the production of brass–resulted in it being renamed Smithsonite in his honor.

Described as having a focused, but often adventurous personality, this may be a clue as to why Smithson never settled down to marry or bear any children of his own. He died a bachelor in Genoa, Italy on June 27, 1829, but not before leaving his fortune to his nephew Henry James Dickenson, who later changed his name to Hungerford. Hungerford himself died on June 5th, 1835, also with no children or wife; the inheritance was passed on, according to Smithson’s will, to the United States for the establishment of the Smithsonian Institute. Charles Drummond, Smithson’s solicitor, notified the proper American officials of the request.

Unsure if he had the constitutional authority to enact such a request, President Andrew Jackson went to Congress for the final decision. A heated debate followed, but on July 1, 1836, Congress authorized the President to move forward with the request. After a claim was officially filed with the British Court of Chancery, Smithson’s estate (valued at over 500 thousand dollars) was awarded in its entirety to the United States on May 9, 1838. Over the next eight years, Congress continued to debate what should be done with the money. Ideas included a university, and astronomical observatory, library, museum, and other potential uses. On August 10, 1846, President James K. Polk signed the legislation officially establishing the Smithsonian Institute.

Decades after the institution’s founding, in 1904 a member of the Smithsonian’s Board of Regents, Alexander Graham Bell, traveled to Italy to retrieve Smithson’s remains. They were brought to Washington D.C. and were interred at the institution, where they remain today.

While there is no mystery behind the events leading up to the establishment of the Smithsonian Institute, what remains unclear are the reasons why Smithson decided to leave his estate to the United States in the first place. Smithson simply requested that “at Washington, under the name of the Smithsonian Institution, an establishment for the increase and diffusion of knowledge” be completed. Although the specific reasons for his choice in gifting his estate to the United States remain a mystery, today his name and institution are world-famous and boast what are among the most comprehensive collections of artifacts and displays anywhere in the world.

According to the Smithsonian news desk, the institution currently owns 19 museums, which include the Freer Gallery of Art, National Museum of Air and Space, National Portrait Gallery, National Museum of American History, and the iconic Smithsonian Institution building known as the “Castle.” The Institution is nearly 60 percent federally funded, and according to records for the fiscal year 2016, the Smithsonian’s federal appropriation was $840 million. In 2015 there were more than 28 million visits to the institution’s various museums, as well as the National Zoo.

Within the museum collections, the Smithsonian boasts an estimated 154 million specimens, works of art, and other items, of which nearly 145 million are scientific specimens located at the National Museum of Natural History.  Hosting one of the most comprehensive collections for scientific endeavor the world has ever known, James Smithson would no doubt be proud of what his legacy has provided for future generations, despite the unresolved questions that remain about the man, his life, and his gifts to knowledge and American culture.