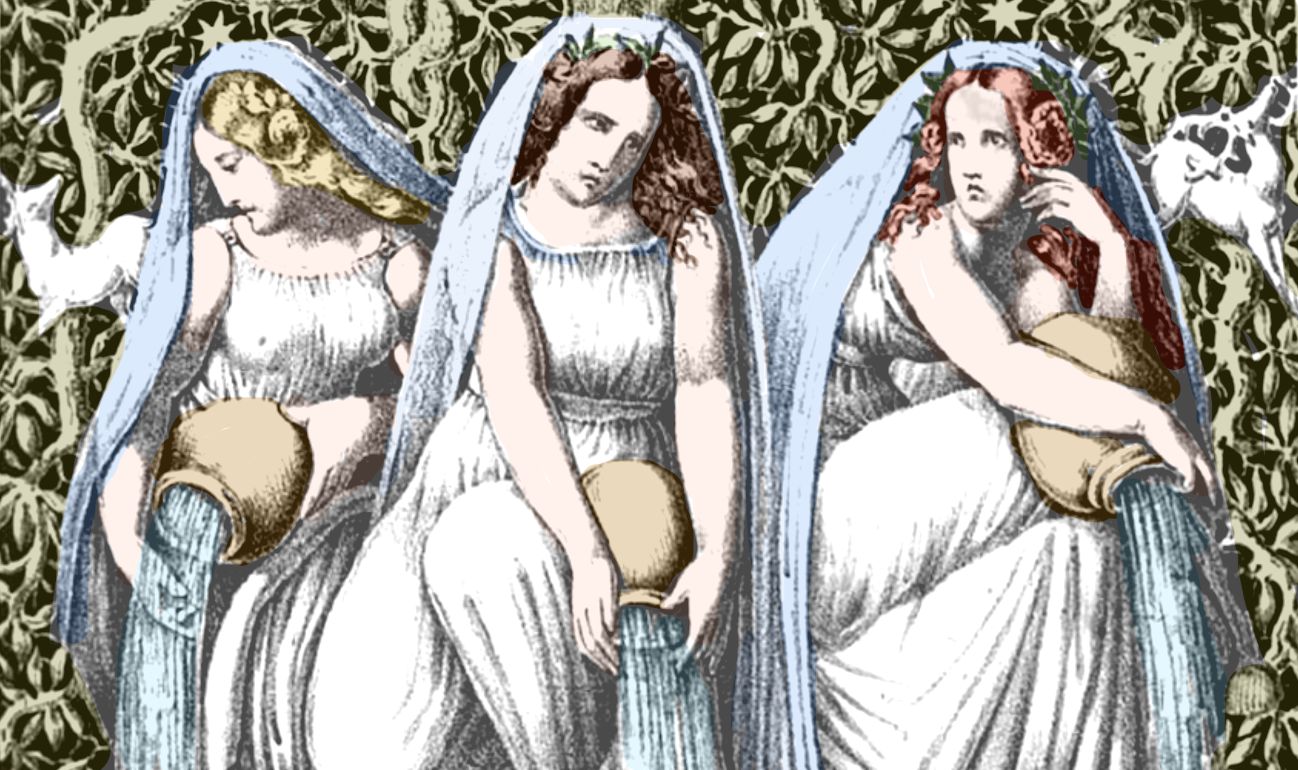 Fate and destiny are powerful words; they evoke primal emotions, and reflections on concepts such as self-worth, nature, and in ancient times, the Gods believed to exist above and below.

While these terms seem similar, there are resolute differences between them. Many seek to understand these terms in relation to the actions of individuals, and how they shape the events and eventual outcomes of their lives. For instance, fate presents an idea that many see as unchangeable. It represents what is to be in your life, and often one is helpless to alter the course that has been assigned until the end of life. The question becomes one of who, or what, assigns this haphazard course; do we live a predetermined existence?

Of the term destiny, first, we may ask whether it is interchangeable with the term fate? If so, how do we differentiate between the two? Destiny is often thought of as being akin to the pinnacle of the experiencer’s life and existence. Destiny represents the ultimate goal and the crowning achievement of one’s existence. Destiny is what accounts for the final accumulation of ideas, thoughts, and actions that create an eventual legacy by which a person is remembered, honored, despised, or feared.

Fate and destiny are not new concepts. From the ancient Egyptian conquerors to the philosophers of Greece and the Viking warriors or old, these ideas played key roles in the development of religion, personality, and actions toward others in earlier times. Among these ancient people and civilizations, there were none more concerned with the concepts of fate and destiny than the mighty Northmen of the frozen fjords; these hardened people were among those who dared to see beyond the idea of fate as one that cannot be altered.

Of Gods and Divine Beings

The Northmen, as they would come to be known, were renowned throughout the ancient world for their ferocity and adeptness in the bloody arts of battle. While this was due in large part to a desire for expansion and wealth, it was also part of the desired destiny at the heart of each warrior. In this context, fate and destiny was a deeper concept than a basic longing for self-gain or community expansion. The Northmen of old knew a world of magic and mythology that defined the makers of fate and allowed them to be conquered so that one could achieve their true destiny. This destiny was woven with sacred influence and control of a higher power known as the Norns.

The Norns in Nordic mythology are three divine female beings or demi-goddesses that play a very important role in the creation and establishment of events that take place in one’s life. It was believed that the three divinities resided beneath the great ash tree, Yggdrasil, in the Well of Urd. Here, these crafters of experience and influence would weave the destiny of all living creatures.

Urd is the first demi-goddess, who presides over what once was. In this role, she watches over the history that influences the present. She represents the importance of history and past actions, and how they influence the present and future outcomes of a given subject’s life. Second is the divine being Verdandi, who oversees what is coming into being at present. Verdandi represents seizing the moment, the here and now, and the opportunities for decided action. The third is the demi-goddess Skuld, carrying out the consequential role of that which shall be. She harkens to the future and weaves as part of the encompassing tapestry of fate the eventual outcomes of one’s life. Collectively, these three divine female entities played a key role in the mythology, and thus potential actions, of the great Northmen of old.

It has long been asked, as the Northmen did, whether there are forces like that of the Norns, who might weave our actions and decisions into a predestined tapestry. The idea of fate is often presented as that which “will be,” and is preordained for each living creature. Of course, if this is the case, then what of free will?

The Northmen did not see fate as an unchangeable certainty, but rather as a malleable substance that could be altered and shaped by the actions of the collective and the individual. According to this mythology, the three fates weave their tapestry and send it into being, which represents an assemblage of individual threads relating to all aspects of the individual. Unraveling one thread can cause the entire tapestry to fall to pieces, and degrade in such a manner as to leave the original creation a mere shell of itself.

The tapestry of what is, what is to be, and what once was must be balanced with the idea of free will. It is this idea of “free will” that allows for the altering of one’s fate. Many would argue that regardless of what actions are taken they are merely part of the fate of that individual. The Northmen did not necessarily believe this to be the case and often stood in defiance of this concept. To understand the unraveling of fate and the building of an eventual destiny some factors must be more deeply explored and understood.

Yggdrasil, the Great Ash Tree, has a hallowed role in Norse mythology for it resided at the center of their spiritual universe. Yggdrasil not only sits atop the Well of Urd but draws its sustenance from the well. Held tightly within the branches and roots of the great ash tree are the nine worlds, home to a wide array of deities and other beings in Norse tradition. It is important to note that the word Urd translates to mean “destiny,“ directly associating the “Well of Destiny” as the source of growth and development of the mighty Yggdrasil.

Rather than possessing a physical existence, Yggdrasil and the Well of Urd exist conceptually within the heart each warrior and living creature upon the earth. They represent a way of thinking for recognition of the destiny of oneself and bringing that vision to fruition. As the mighty Yggdrasil sprouts from the feeding waters of the Well of Destiny so too does the destiny of man sprout forth from the conquering of fate. Through this belief, it was possible for the Northmen to alter their fate and achieve the destiny they so strongly desired.

The Northmen both marveled at the tapestry they believed to have been woven by the Norns, but also dared to conquer the hand they were dealt. This belief system helped define the ferocious spirit that fueled them in battle, and thus their conquering of lands and cultures. It is this same spirit and desire for an honored destiny that pushed them to find a worthy opponent to strike them down in battle.

Across cultures, fate and destiny are concepts to which we are bound as a species. It is in this relationship that we mold our opinions and interpretations of what these terms mean. Today, while they are still controversial and widely open to interpretation, it is fate that provides the template for those things which we must conquer and overcome, much as the Northmen did, in order to achieve a higher destiny.