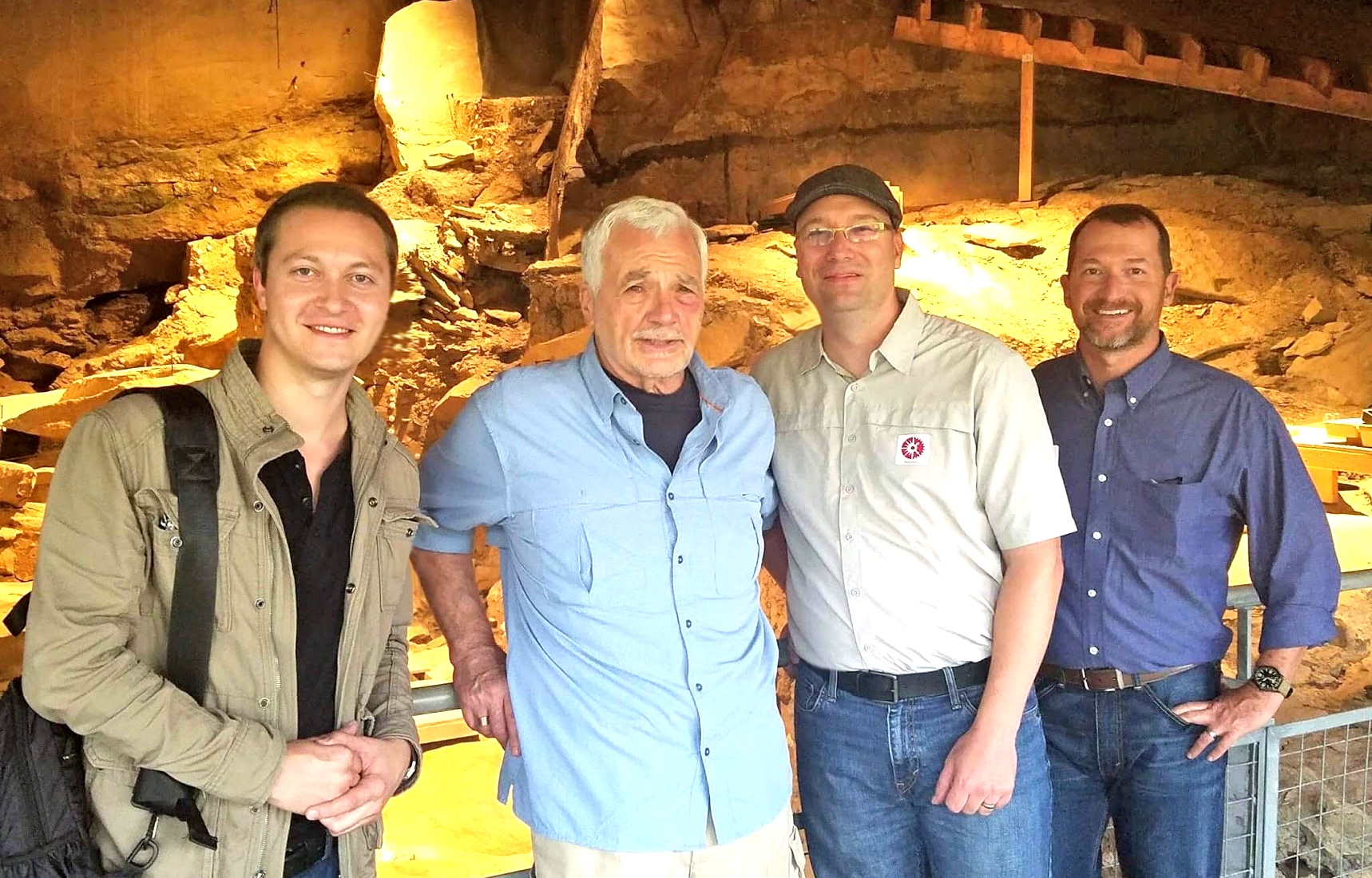 In October 2017, the Seven Ages Research Team visited Meadowcroft Rockshelter, a site in Pennsylvania believed to be the oldest known instance of continuous human habitation in North America. The earliest occupants at Meadowcroft arrived close to 16,000 years ago, 2,000 years before Clovis points began to appear on the continent.

James Adovasio is the author of books that include “Strangers in a New Land: What Archaeology Reveals About the First Americans,” coauthored with David Pedler, documenting 35 Clovis and Folsom sites, disputed pre-Clovis sites, legitimate pre-Clovis sites and controversial pre-Clovis sites, including Meadowcroft Rockshelter. During our visit to the Meadowcroft excavation site, Dr. Adovasio sat down with the Seven Ages team, sharing a broad reaching discussion that touched on his groundbreaking work in Pennsylvania, as well as his more recent work at Vero Beach, Florida.

Among the things we asked Dr. Adovasio had been where his initial interest in archaeology came from, and at what age he began to recognize it as a future profession.

“My mother basically programmed me to do this,” Adovasio recalls of his early years. “I mean, she was a multi-major scholar at Marietta college, among whose majors was history. And so, I learned to read with paleontology, archaeology, and geology books, and knew by the time I was in sixth grade that I was going to go to the University of Arizona. So I never wanted to do anything else, nor, for that matter, would I have ever wanted to, or been allowed to.”

“When we started [at Meadowcroft Rockshelter], it was, as you’ve heard or written, or read, it was initially a field school experience to teach students–albeit under trying circumstances-the protocols of contemporary archaeology, and geology, and botany, and a bunch of other stuff. But we never approached it as a goal, so to speak, beyond the methodological implications of it.”

During our conversation with Dr. Adovasio, we asked him about the objectives he had in mind initially when excavations began at Meadowcroft Rockshelter.

“I think the reaction people had when they visited the Vero excavation, or Meadowcroft–when professionals say, ‘I didn’t even know you could do this stuff’–that’s both sad on the one hand, and challenging on the other, because you want more people to understand how to do this stuff, at least in what our version of the right way is.”

“As we’ve said about Meadowcroft, it’s not the antiquity of the site. It’s the thousands of years of interdigitation of people with a very subtly shifting environment, and the ability to document those interdigitations over time that’s important to us than however old it is.

“That it’s old is icing on a cake we never wanted to bake; but we did want to tell people how to bake that kinda cake.”

The entire interview with Dr. James Adovasio can be viewed in the video below: