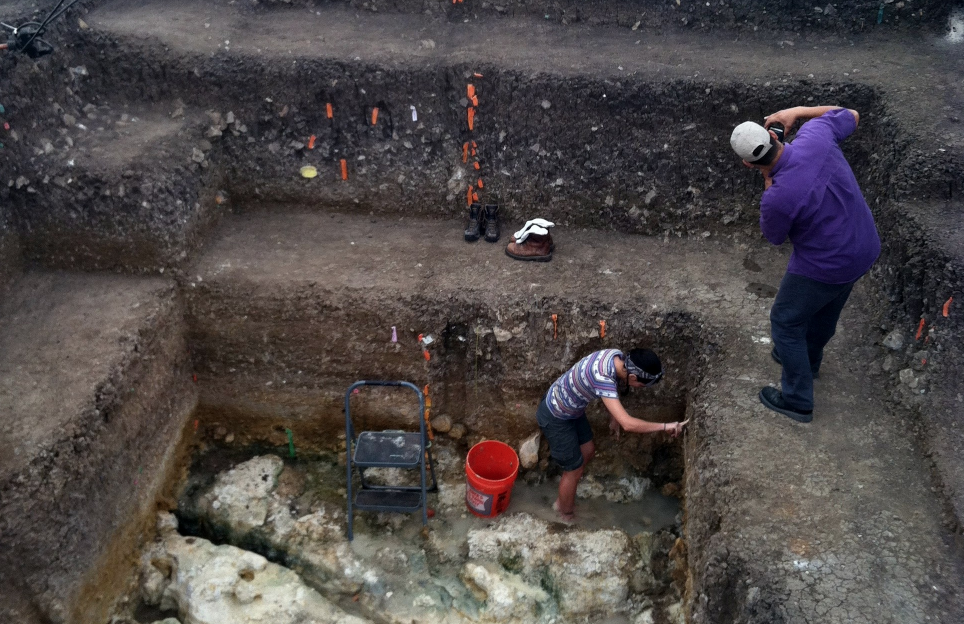 Modern American archaeology, like most things, has its issues. There are archaeological discoveries, for instance, that appear to contrast with reliable data we’ve gleaned about ancient human migrations through the study of ancient genomics. There are also the ever-divided opinions among scholars about the interpretation of artifacts and other physical remains, and what their context really tells us about past cultures.

Amidst such debates, there are the equally vexing limitations to what we can really know about the past: no amount of radiocarbon dating, optically stimulated luminescence, or blood-protein analysis used by modern scientists can provide us a fully comprehensive window to life in ancient prehistory. Inevitably, there will be much left to interpretation and a lot of educated guesswork.

Among the myriad issues American archaeology faces, perhaps none has been so contentious as the debate over when humans first arrived in the western hemisphere. In his lifetime, the preeminent anthropologist Aleš Hrdlička believed there was no evidence that irrefutably showed a human presence prior to the end of the last ice age. With the discoveries at Folsom and Clovis, New Mexico in the early part of the last century, it became impossible to dispute that humans had lived here, existing alongside and hunting megafaunal species whose remains were found in situ alongside their distinctive, fluted projectile points.

By the end of the century, an all-new paradigm shift was underway. The Clovis culture had been widely accepted as the earliest distinctive cultural manifestation in the western hemisphere for decades now; however, discoveries at sites like Meadowcroft Rockshelter in Pennsylvania and Monte Verde, Chile, were uprooting the existing “Clovis first” model, and showing that earlier arrivals by as much as several thousands of years in advance of Clovis were not only possible, but becoming irrefutable.

The Gault site near Austin, Texas, is one of the most significant archaeological sites in the Southern United States today. Its location made it significant in Paleoindian times too, as it was positioned centrally within a resource-rich biological community with access to water from the nearby Buttermilk Creek valley even during periods of drought. Of equal, if not greater significance, had been Gault’s proximity to the Edwards Plateau, which remains one of the most geologically rich areas on the continent. This provided ancient Americans with a tremendous supply of Edwards chert; hence, it is no surprise that the Gault site is among the most lithic-rich archaeological sites dating back to the Paleoindian era.

A recent paper in Science Advances by Thomas J. Williams, Michael B. Collins, et al, titled “Evidence of an early projectile point technology in North America at the Gault Site, Texas, USA” offers the most recent age estimates of stone tool assemblages recovered from Gault; these suggest an ongoing pre-Clovis occupation at the site dating at least to 16,000 years ago, and possibly as far back as 20,000 years. The temporal assessment is based on analysis of alluvium from sedimentary samples at the site, which relied on the process of optically stimulated luminescence (OSL) to determine its earliest identifiable cultural presence.

According to the paper’s abstract, “The optically stimulated luminescence age estimates (~16 to 20 thousand years ago) indicate an early human occupation in North America before at least ~16 thousand years ago.” (1) The ages cited by the paper’s authors are exciting in and of themselves; however, the contextual significance here is of great importance, since they denote the presence of numerous samples of pre-Clovis projectile points, some of which were removed from the lowest levels of the Gault excavation. OSL ages for these stratigraphic units date as far back as 21,700 years, with a standard deviation of ± 1.4 ka. “Significantly, this assemblage exhibits a previously unknown, early projectile point technology unrelated to Clovis. Within a wider context, this evidence suggests that Clovis technology spread across an already regionalized, indigenous population.” That is to say, Clovis-era fluted projectiles are the boundary marker for an emergent technological manifestation; a Paleolithic industrial revolution, of sorts, which occurred amidst an indigenous population that was already widely defined in North America.

Some of the projectile points recovered from the pre-Clovis Gault assemblage are quite striking. Most notably, a pair of lanceolate basal fragments recovered from the 16k to 20k Gault assemblage bear qualities similar to later point types, but lacking the distinctive morphological features of Clovis era lithic industry  (primarily fluting, along with a few other distinctive Paleolithic stone flaking patterns). One of the lanceolate fragments, from a pair of artifacts recovered in the deepest levels of the Gault assemblage, possesses an auriculate form (this denotes ears and a concave base around the hafting area) which is similar, at least in shape, to Gainey or Redstone point types, while lacking the characteristic fluting of these later Paleoindian projectiles (see below, labeled “X”). The other Gault lanceolate fragment referenced in the paper possesses three areas of flute-like thinning along the base; this is a unique characteristic in the context of pre-Clovis projectiles (see below, labeled “Y”).

Returning to ages that were determined for the Gault assemblage, the authors note that, ”On the basis of the results of OSL dating presented here, we find a mean age for the Gault Assemblage… of 18.5 ± 1.5 ka.” They further affirm the reliably calibrated stratigraphy of more recent units above the Gault layer (these include the Clovis horizon and later periods) that are comparable to similar stratigraphic data from other sites in the region. “These data emphasize the stratigraphic integrity of Area 15,” the authors conclude, “and the agreement between the temporal diagnostic artifacts and OSL ages.” (1)

Gault is not the only archaeological site in the southern United States that has yielded evidence of human occupation well in advance of Clovis. The Topper site in Allendale County, South Carolina, produced similar lithic evidence which dates back at least 20,000 years, though some artifacts recovered from deeper stratigraphic layers there are estimated to be as much as 50,000 years old. (2) Similarly, radiocarbon dates in association with human artifacts at Meadowcroft Rockshelter in Washington County, Pennsylvania, are reliably dated to earlier than 16,000 BC, with one instance of carbonized bark-like material (possible basketry) with evidence of cutting marks dating to 21,070 BP ± 2400. Charcoal recovered elsewhere from Meadowcroft shows 14C dates in excess of 30,000 years (similar to dates retrieved from Monte Verde, Chile, during excavations by Tom Dillehay). (3) According to J.M. Adovasio, who led excavations at Meadowcroft for a number of decades, the earlier dates are intriguing, but he and others generally work with the more likely nearer dates of around 16,000 years, which are still well in advance of Clovis. (4)

Advances in archaeology are constantly reshaping our notions about human migrations into the western hemisphere, and the eventual long-term settlement of the Americas. As dates continue to be pushed further back, science is giving us a clearer picture than ever before of America’s earliest inhabitants, as well as when they arrived, and how they lived.