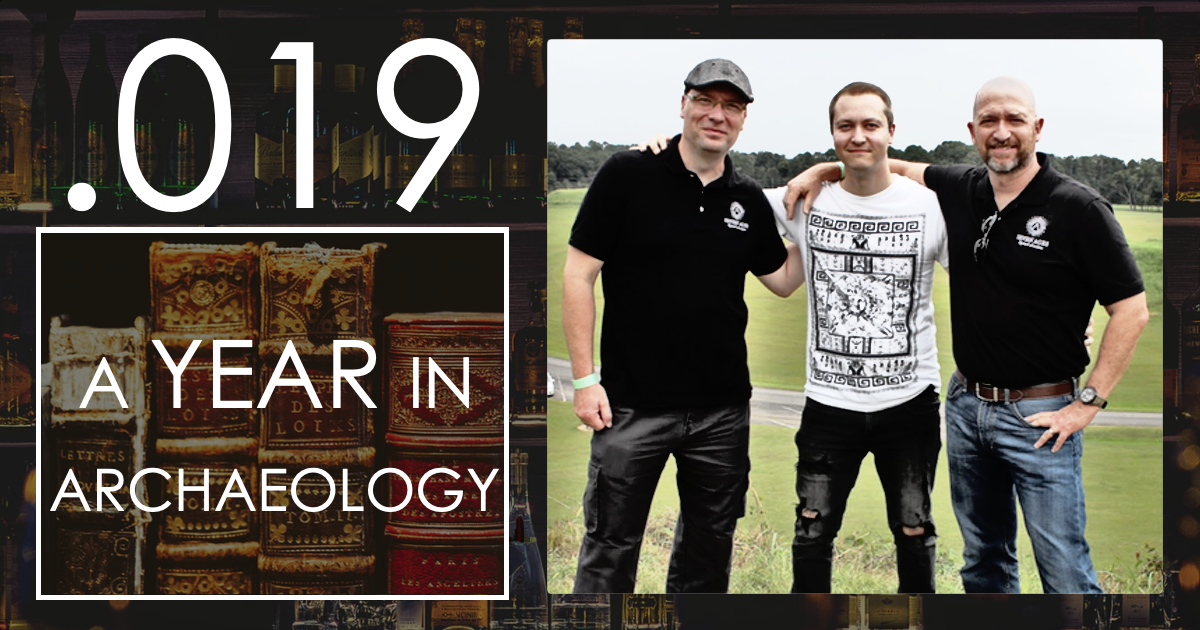 On this edition of the Seven Ages Audio Journal, we look back at some of the archaeological work and discoveries that took place in the last twelve months, along with a few forecasts for future studies.

Joining us on this episode is Dr. Randy Daniel with the Anthropology Department of East Carolina University. Daniel is an expert in archaeology, stone tools, and projectile types in the Southeastern United States, and recently sat down with Jason Pentrail at a live event to discuss some of his work.

We are also joined for a segment by our friend George Howard of CosmicTusk.com, who spends a little time with Seven Ages discussing what the latest science says in support of a possible impact feature discovered on Greenland’s Hiawatha ice sheet. The proposed impact feature was located beneath Hiawatha Glacier in Northwestern Greenland, drawing from data collected between 1997 and 2014 as part of NASA’s Program for Arctic Regional Climate Assessment and Operation IceBridge.