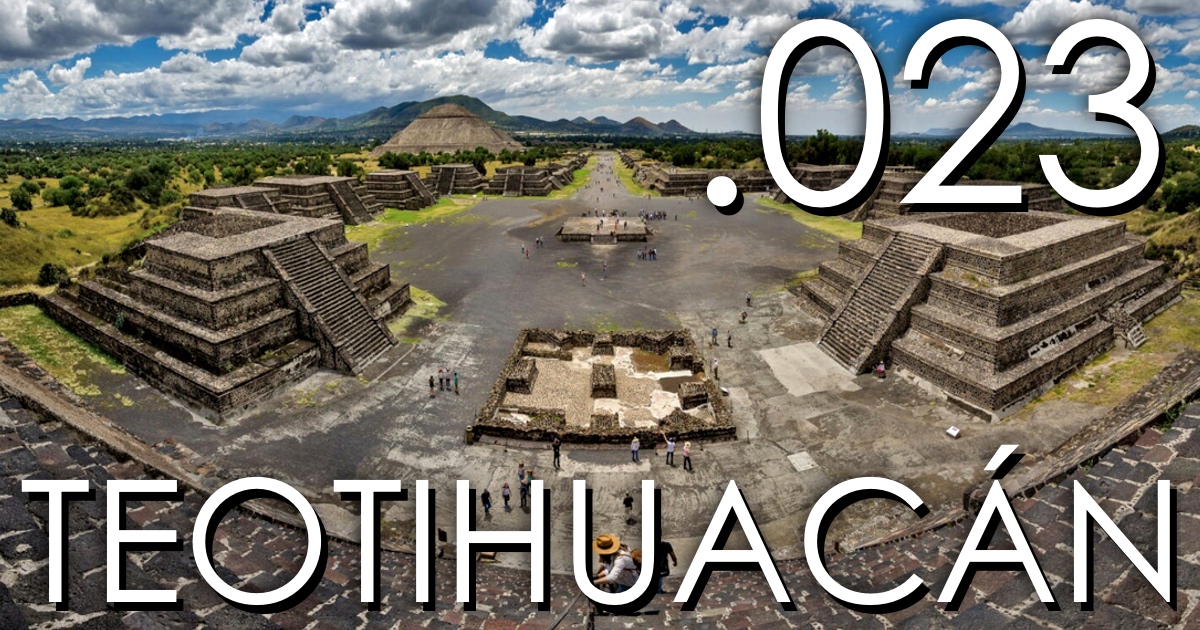 On this edition of the Seven Ages Audio Journal, after recounting some of the team’s recent travels we are joined by David Carballo, Associate Professor of Archaeology, Anthropology, and Latin American Studies at Boston University, who shares his knowledge of the ancient Mesoamerican city of Teotihuacán.

Located in Mexico’s highlands just miles away from modern-day Mexico City, Teotihuacán has long fascinated archaeologists, and it remains one of the most-visited archaeological ruin sites in the world.

Carballo is a specialist in Mesoamerican archaeology, focusing particularly on the prehispanic civilizations of central Mexico, and during our discussion, he shares some of the current ongoing projects underway at the ancient city of Teotihuacan, which includes the Proyecto Arqueológico Tlajinga, Teotihuacán (PATT), and the Proyecto Plaza de las Columnas. The first seeks to understand urbanization, neighborhood organization, and the daily life of commoners through excavations and geophysical prospection within a southern district of the city. The second is focused on palace compounds and is aimed at understanding the city’s political economy.