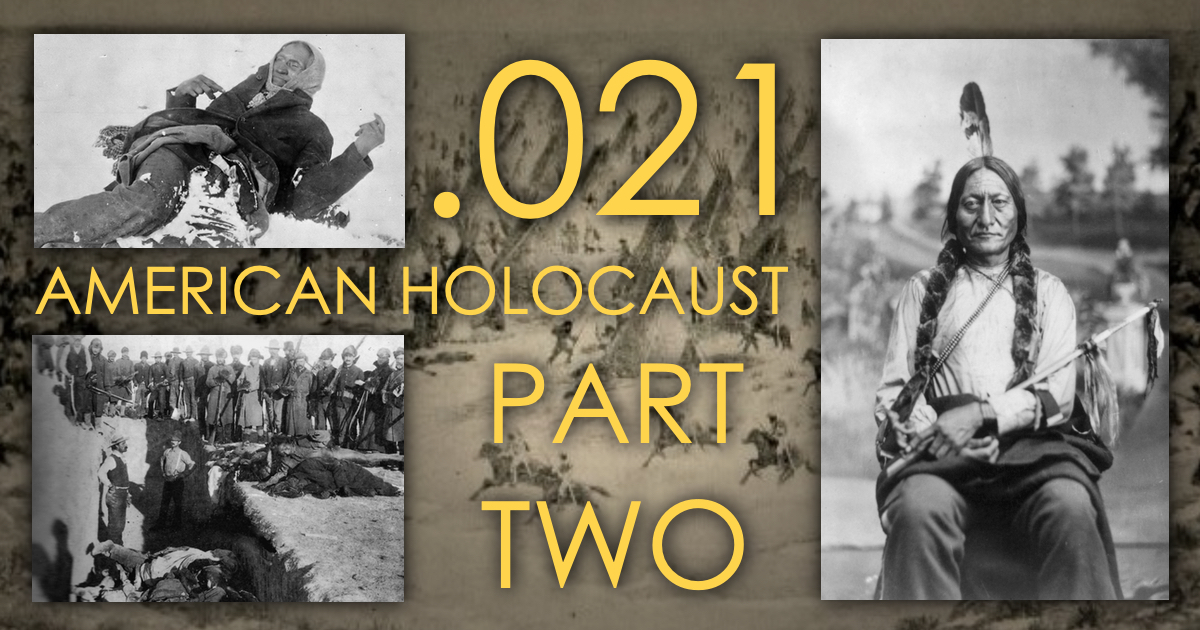 On this second installment in a two-part series, we continue our discussion of American Holocaust: The Conquest of the New World, by David E. Stannard. Joining us for the first part of this discussion is Samuel Zinner, Ph.D., a scholar of ancient and modern history, literature and linguistics, and a Holocaust researcher. He contributed to German Scholars and Ethnic Cleansing 1920-1945 (Oxford/New York: Berghahn Books, 2004), which was awarded the American Library Association’s prestigious “Choice Outstanding Academic Book of the Year Award” for 2005. Zinner has also contributed articles to Holocaust and Genocide Studies (Oxford University Press), Religions/Adyan (Doha International Centre for Interfaith Dialogue), and other academic journals. His books and essays on ancient and modern history and literature have been published internationally in a variety of languages.

Then in the final portion of the podcast, we are joined by Tara Houska, of the Couchiching First Nation. Houska is a tribal attorney based in Washington, D.C., the National Campaigns Director of Honor the Earth, and a former advisor on Native American affairs to Bernie Sanders. She advocates on behalf of tribal nations at the local and federal levels on a range of issues impacting indigenous peoples.

Images featured with this podcast episode: