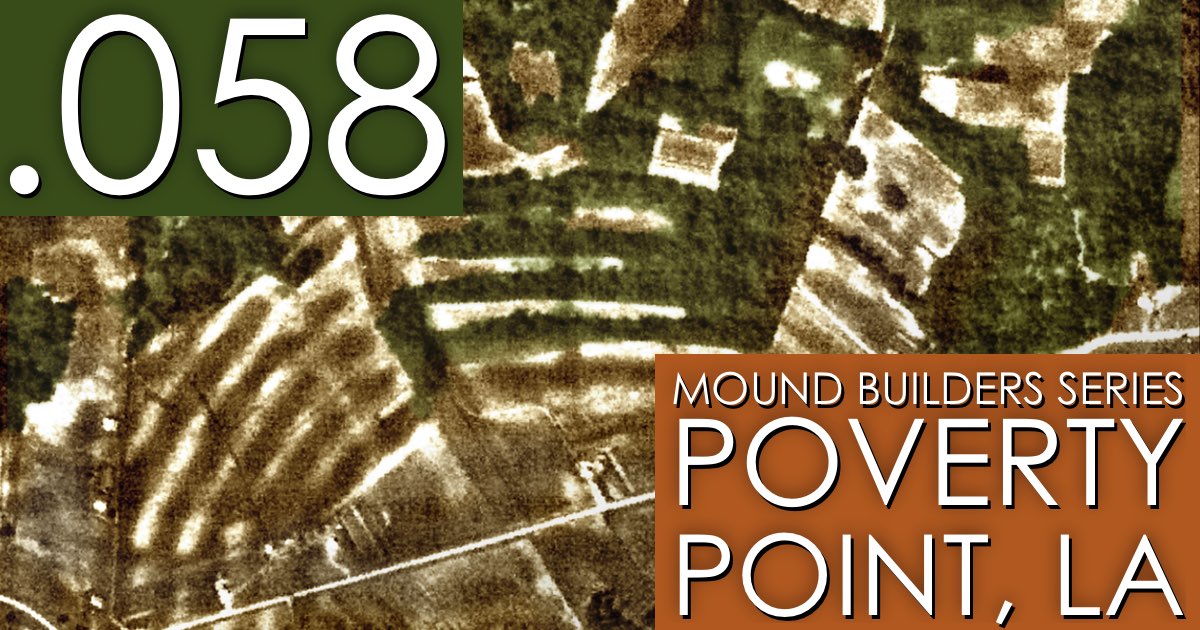 In this episode, the Seven Ages team is joined once again by Chase Pipes of the Chasing History Radio podcast and Youtube channel in a visit to the captivating site known as Poverty Point, the third stop on our mound builders tour.

Poverty Point, Louisiana is a UNESCO World Heritage Site and one of the oldest mound sites in North America. The archaeological record at Poverty Point shows that its story goes back at least 3000 years. While no written record of Poverty Points inhabitants remains, we know that the site was of significant ceremonial importance and was a hub for various regional activities including trade, production of goods, and the creation of site-specific artifacts such as the Poverty Point Objects (PPOs), a unique cooking stone found in great abundance at the site.