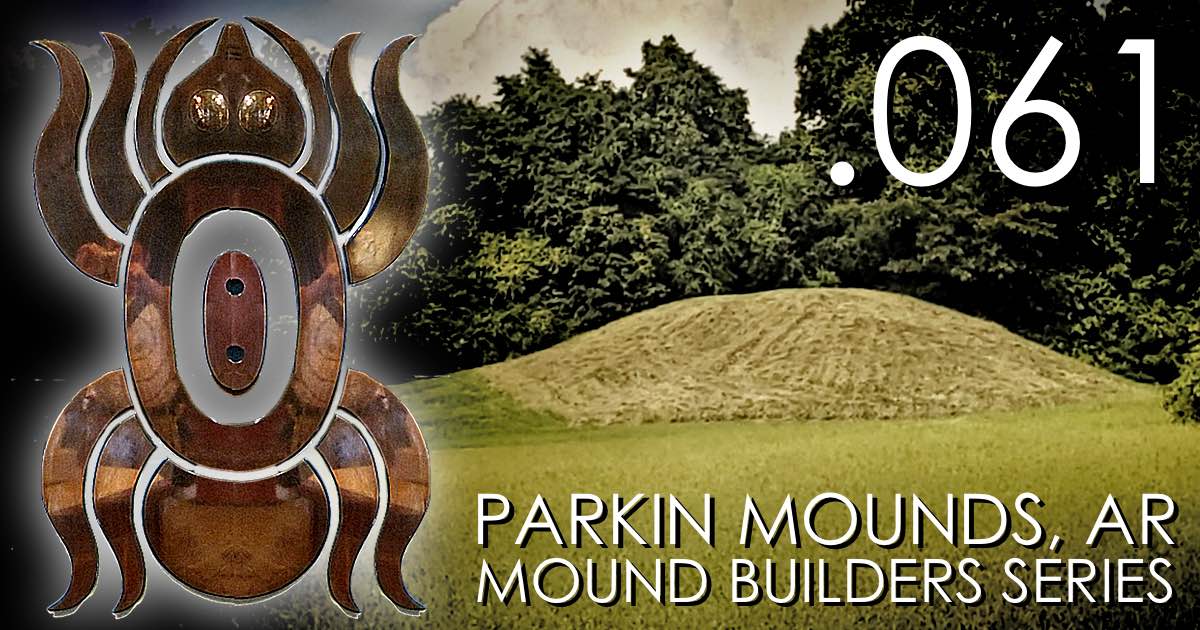 In this episode, the Seven Ages team leads off their final episode of 2022 with a discussion on a ground-breaking new report on the Cooper’s Ferry archaeological site. Recent Carbon 14 dating suggests this site may pre-date Clovis occupation in North America by as much as 2,000 years. Next, the team discusses the recent geological report that indicates the Bering Land Bridge may have been a late addition to the end of the last Ice Age. The team is then joined by Nathan Odom, a park interpreter at Parkin Mounds Archaeological State Park in Arkansas.

The Parkin Mounds Archaeological State Park is a National Historic Landmark that preserves a 17-acre Mississippian Period American Indian village located on site from A.D. 1000 to 1550. Archeologists at this research station also uncovered evidence that Hernando de Soto visited this site in 1541. The site was the location of the 1920s-era Northern Ohio Lumber Cooperage Company, and the Northern Ohio School House still remains. The site is listed on the National Register of Historic Places. Odom shares his knowledge of the history of the location, and the fascinating discoveries made there during excavations over the years.