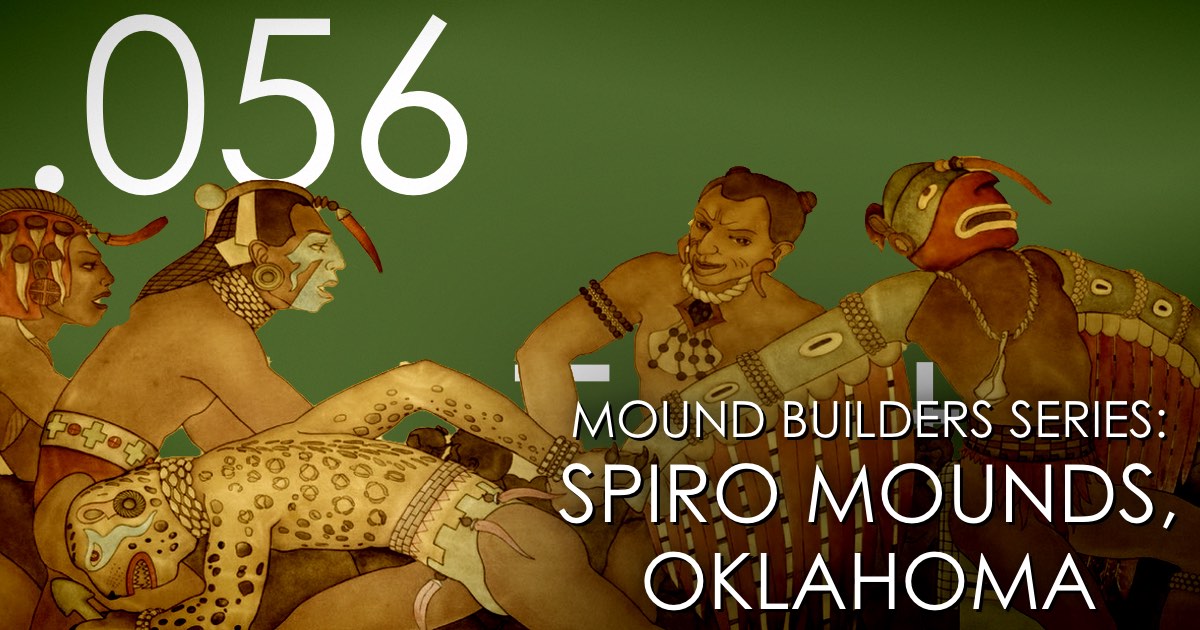 In this episode, the Seven Ages team is joined by Chase Pipes of the Chasing History Youtube channel and podcast, as they continue the spring road trip and record live from the Spiro Mounds site in Oklahoma. Jason Pentrail, James Waldo, and Chase Pipes are joined by archaeologist and Spiro Archaeological Park Director Dennis Peterson. Dennis provides the team with a detailed explanation of the history of the Mississippian culture and excavations that have taken place over the years at the famed Spiro Mounds site.

Dennis Peterson has been the manager at Spiro Mounds Archaeological Center for 30 years. In May of 1985, he came to the site when it was still a part of the State Park system under the Oklahoma Tourism and Recreation Department (transferred over to the Oklahoma Historical Society in 1991) and started interpreting the site to the public. He was involved in the excavations under the Oklahoma Archeological Survey and Oklahoma University from 1979 to 1982 and worked with the site and other locations in Oklahoma through the Survey from 1982 to 1985.

Spiro Mounds is one of the most important cultural and economic centers in the Mississippian world. It boasts one of the richest art and artifact collections in North America and is considered an international cultural treasure. Spiro Mounds Archaeological Center preserves 150 acres of the site along the Arkansas River. The center offers interpretive exhibits, an introductory slide program, and a small gift shop. Visitors can explore nearly two miles of interpreted trails, including a one-half-mile nature trail.