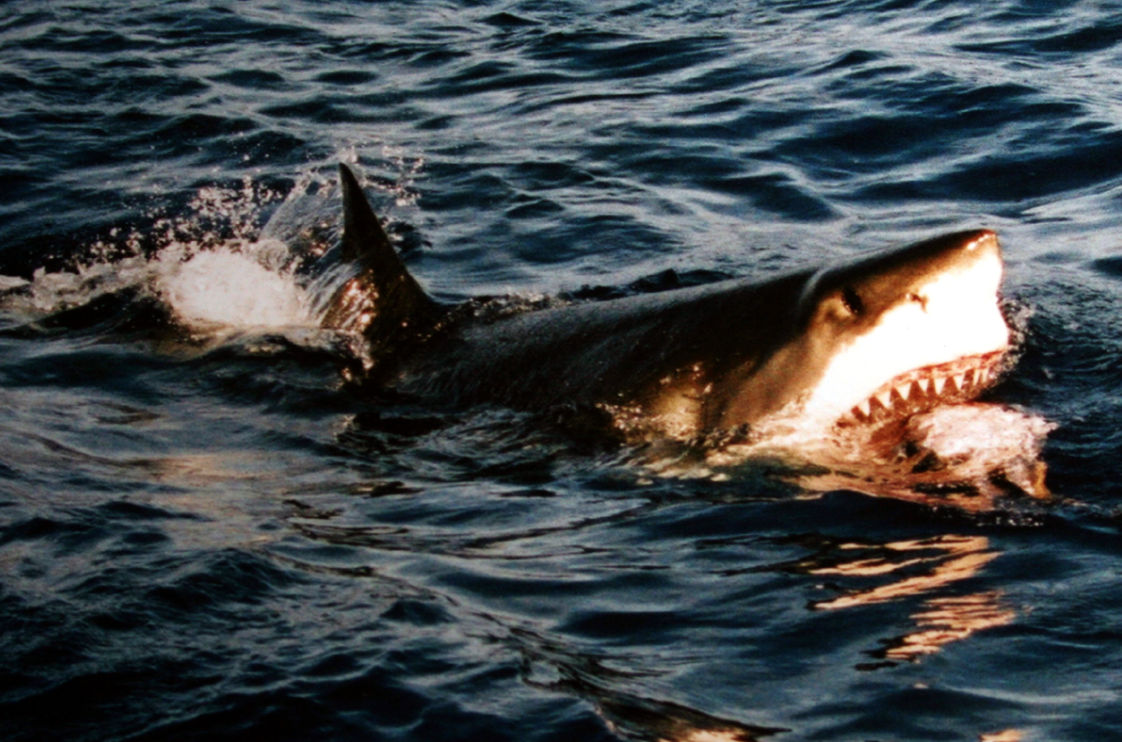 As the world changes, from an environmental standpoint, we see an infinite cycle of the appearances of new species, extinctions, and major adaptations. If we had the ability to look at long enough periods, we would also see the slow but deliberate change in the evolution of various species around us.

The oceans of the world have long been an incubation zone for species of every type imaginable, and at the top of the oceanic food chain are sharks. Feared and often misunderstood, there are approximately 440 known species of shark; there are, however, only a few that most people would probably be immediately familiar with. Among those, the Great White Shark (Carcharodon carcharias) stands alone as not just the most recognizable species, but also the most aggressive and dangerous of all sharks.

This fear is often misplaced, thanks in part to blockbuster films such as Steven Spielberg’s Jaws (1975). Granted, the Great White shark is certainly an apex predator, the result of millions of years of careful evolution that make it one of the most efficient hunters in the oceans today.

The Great White shark in its modern form averages between 4-7 meters, and weighs roughly between 2,800 and 3,400 kilograms, with adult females reaching larger sizes on average than males The species is easily distinguished by its pointed snout and distinctive coloration, possessing a white underside and a grey to black topside, creating a perfect adaptation of ocean camouflage. The Great White can also be distinguished by it’s large, triangular, and heavily-serrated teeth.

These sharks have a wide global distribution, appearing off the coasts of North America and Mexico, Japan, the Mediterranean, and a large grouping off the coast of South Africa, where they have become famous for their breaching (leaping from the water) technique of hunting. The modern diet of the Great White is of particular interest, as it plays a large and valuable role in establishing the evolutionary line of these apex predators; it includes smaller prey such as squid, fish of various types, seals, dolphins, sea lions and even other shark species. Other prey that is often found on the menu for a hunting Great White includes turtles, birds, and other small species that are available in various feeding zones at different times of the year. The Great White generally attacks its prey from below in a vertical strike, inflicting devastating injuries that cause the prey to bleed out quickly before being consumed.

While the Great White of modern times is a formidable and often intimidating species, it was not always in the form we see today. The only thing we have from the fossil record to assemble this evolutionary mystery are fossils in the form of teeth, and occasionally a few vertebrae from over the millennia. With the help of these teeth, however, we are nonetheless able to trace the evolution of this incredible modern hunter.

For more than a hundred years, the evolutionary line of the Great White has been debated. Paleontologists have discussed and argued over the origin species, with many once naming the mighty 60-foot Miocene juggernaut known as the Megalodon (Otodus megalodon) as the likely progenitor. However, new evidence appearing within just the last five years seems to confirm that the Great White is not the distant relative of Megalodon, but is instead the latest evolved line from a widely known mako shark species.

In 2012, a newly discovered and named species known as (Carcharodon hubbelli) was found in the Pisco Formation in Peru, which brought new information to light which helped to settle the long-running controversy. This new species was found in amazing condition, with a fully preserved jaw sporting beautiful, intact fossil teeth and several vertebrae. The new species shows a magnificently well-preserved transition between earlier mako species and the fully serrated teeth of the modern Great White.

Earlier mako species such as Carcharodon hastalis had sharp, but smooth teeth (Fig. A). The transitional species began to show a noticeable serration in development, which allowed for the killing and consumption of a larger variety of prey that included the harder bone and fattier tissue of ocean mammals (Fig. B). The new species (Carcharodon hubbelli) is placed at approximately 6.5 million years ago, which is perfect timing as an evolutionary species. The eventual result is the triangular-shaped and fully serrated teeth we see in the modern Great White Shark (Fig. C). These teeth are fully capable of piercing the flesh of any ocean-going creature, and are backed by nearly 4,000 PSI of bite force, making short work of any known prey.

While new evidence from the fossil record continues to change our vision of these mighty and well-adapted predators, the end result is a marvel to observe in modern times. One can only imagine what evolutionary changes, given enough time, may continue to develop in these impressive and ancient oceanic hunters.