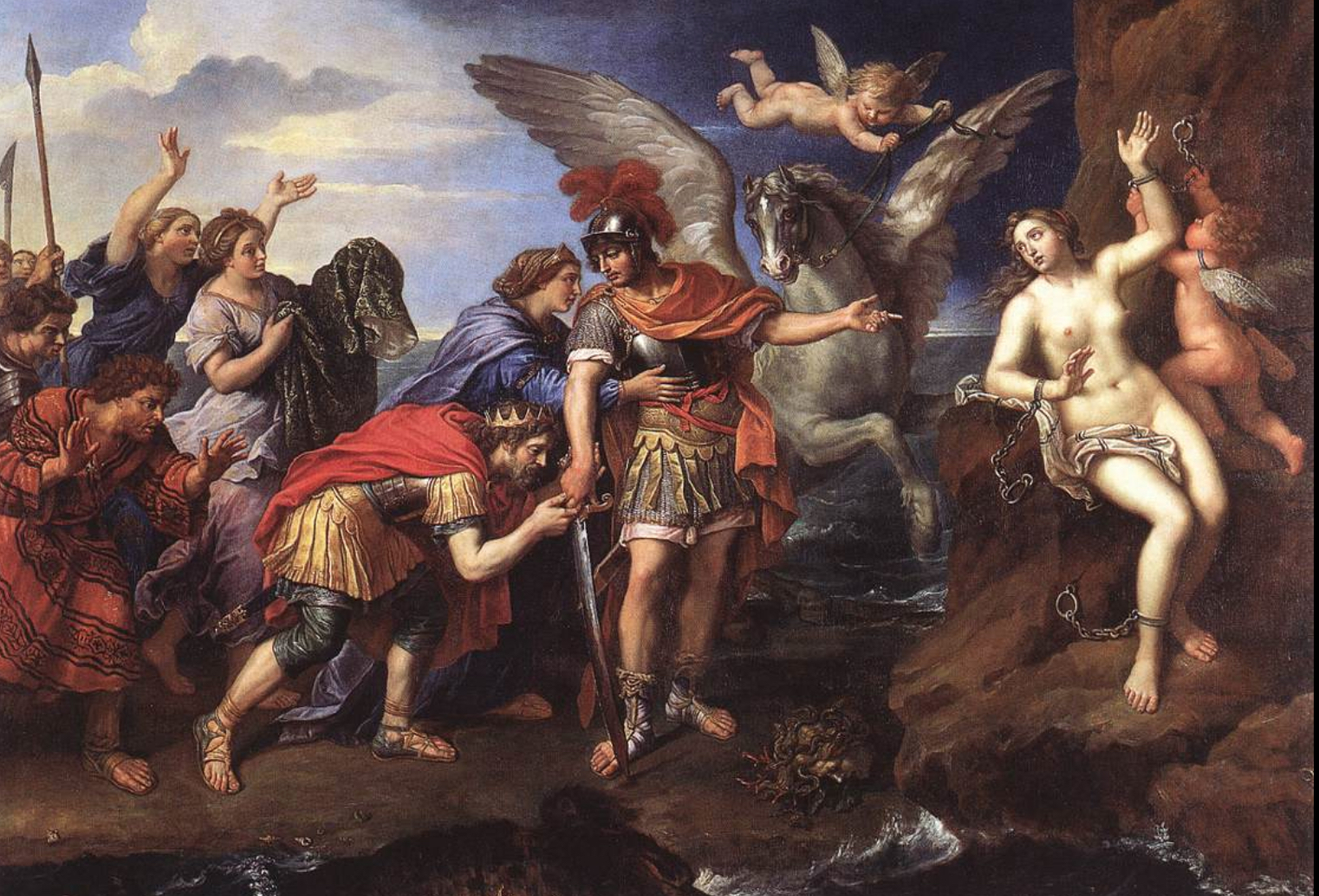 Andromeda… it is a word with many meanings and interpretations, and one able to send the imagination reeling.

A mythological beauty, the Milky Way’s closest spiral galaxy neighbor, and even a popular American-Canadian television program all share this name. Each incarnation provides a different insight or adaptation to a powerful word that conjures visions of the classical, and at times, of grandeur.

On all counts, the name Andromeda is borrowed first from Greek mythology. According to legend, there once was a king named Cepheus who was married to a quick-tongued queen named Cassiopeia (Cassiope). Their torrid love affair produced a daughter, Andromeda, who grew to be a vivacious young woman, and the pride of her parents.

It was this pride that caused Cassiopeia to boast that her daughter was even more beautiful than the sea nymphs, the Nereids. Upon hearing the vulgar accusations, they complained to the mighty god of the sea, Poseidon, who was offended at the charge that the beauty of his beloved sea nymphs could be eclipsed. In a rage, he unleashed the powerful and terrifying sea-beast known as Cetus, which began to ravage the coastal lands and kingdom of Cepheus.

In a desperate effort to save his land, King Cepheus appealed to the mighty god Zeus for help with the vengeful Poseidon’s actions. Zeus, to the dismay of the desperate King, commanded the unthinkable: he was to sacrifice his daughter Andromeda to Poseidon in order to appease the angry god of the seas.

It was a dark and mournful day for Cepheus, with the realization that Andromeda must become a living sacrifice to Poseidon. Andromeda, horrified at the decision made without her consent or consultation, was dragged weeping to the shore where she was chained to a large rock. The waves lapped at her feet, and the violent wind tossed the sea before her as she shut her eyes, awaiting her fate from the depths. It was here, at this final moment while the powerful Cetus approached with jaws spread wide that the hero Perseus appeared, and upon seeing the beautiful maiden, was struck with heartfelt love for Andromeda. The hero swiftly engaged the approaching monster and succeeded in slaying the mighty Cetus, rescuing Andromeda from a violent end.

This grand tale helps us define many constellations and their constituent stars in the sky today, through remembrance of heroes of ancient Greek mythology. While the circumstances that inspired this tale are gone on the winds of time, the story has a home forever in the northern sky.

The Andromeda constellation sits nestled between Cassiopeia and the Great Square of Pegasus and was first recorded in the 2nd century by the famed Greek astronomer Ptolemy. Andromeda has three stars that are brighter than magnitude 3.00, which help guide the way to its celestial position as part of the Perseus family of constellations. As the name would imply, this constellation is also associated with the Andromedids meteor shower.

Much as the famed princess Andromeda eventually found her home in the sky, it is among the stars that a spiral galaxy neighbor also adopted the long-revered name of Andromeda. Astronomer Edwin Hubble confirmed that the Andromeda Nebula (M31) was indeed an external galaxy in 1925. It is now considered to be the closest spiral galaxy to our own Milky Way, and is one of the few galaxies that can be seen unaided from the Earth.

Despite her relative closeness, Andromeda holds many mysteries. According to NASA.gov, “data from NASA’s Chandra X-ray Observatory have been used to discover 26 black hole candidates in the Milky Way’s galactic neighbor, Andromeda.” This appears to be the largest number of black holes found outside our own galaxy, which only serves to show the potential similarities we may share with our celestial neighbor.

Megan Watzke of NASA’s Chandra X-Ray Observatory wrote in 2013 that, “a team of researchers led by Robin Barnard of the Harvard-Smithsonian Center for Astrophysics, used 152 observations of Chandra spanning over 13 years to find the 26 new black hole candidates.” This concentration belongs to a stellar-mass black hole category, meaning “they were created when a massive star collapsed and are about 5 to 10 times the mass of the sun.” These black holes outnumber those found in our Milky Way, and help us understand the mechanics of a distant galaxy that, in many ways, is not unlike our own.

Our universe is approximately 13.8 billion years old, and it will be another 4.5 billion years before the Milky Way and Andromeda finally collide, in an almost unimaginable concentration of galactic power and destruction. Thus, we are fortunate to have plenty of time to study and appreciate our galactic neighbor in all her majesty.