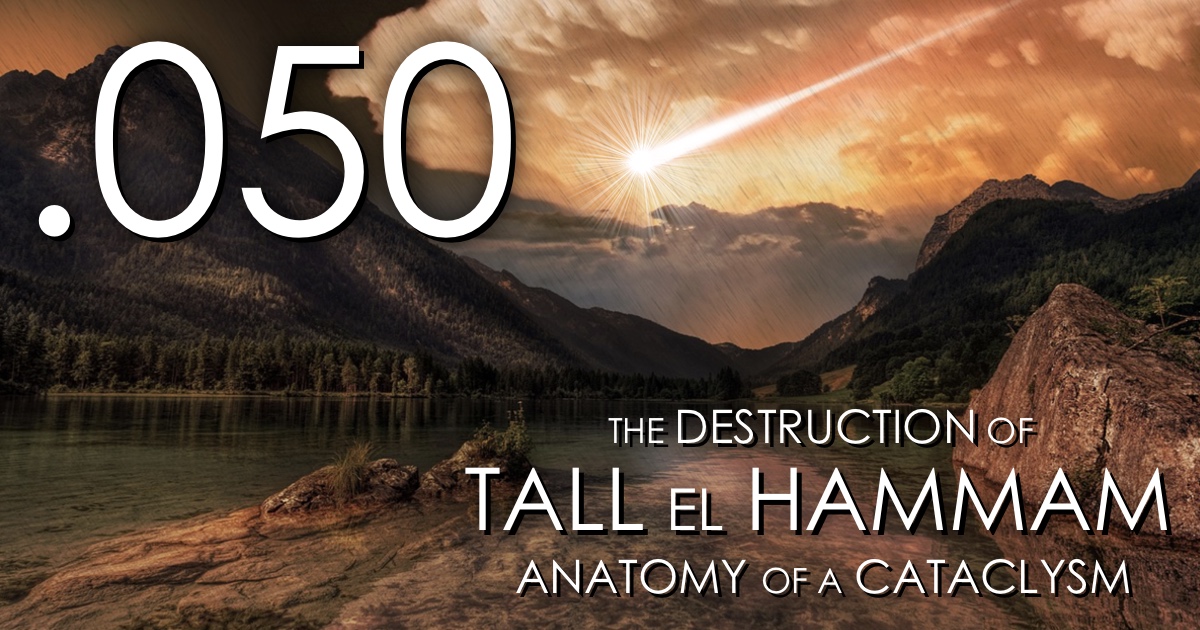 Approximately 3600 years ago, new evidence may indicate that a cosmic airburst leveled an ancient city of Tall el Hammam, a Middle-Bronze-Age site in the southern Jordan Valley northeast of the Dead Sea.

On this edition of the Seven Ages Audio Journal, we are joined by returning guests Malcolm Lecompte, Christopher R. Moore, and for his first appearance, Timothy Witwer for an in-depth discussion about their paper, “A Tunguska sized airburst destroyed Tall el-Hammam a Middle Bronze Age city in the Jordan Valley near the Dead Sea.”

Malcolm LeCompte received his Ph.D. in Astrophysical, Planetary and Atmospheric Sciences from the University of Colorado in 1984 and did post-doctoral research at Harvard College Observatory. As a systems scientist for Aerodyne Research, Inc., he managed and did research and development work for Department of Defense sponsored programs related to a variety of electro-optical, remote sensing technologies.

Tim Witwer is a member of the Comet Research Group. With an AB in biology and a BA in chemistry, Witwer attended Boston University, and has been in private practice in Elizabeth City, North Carolina, for more than three decades.