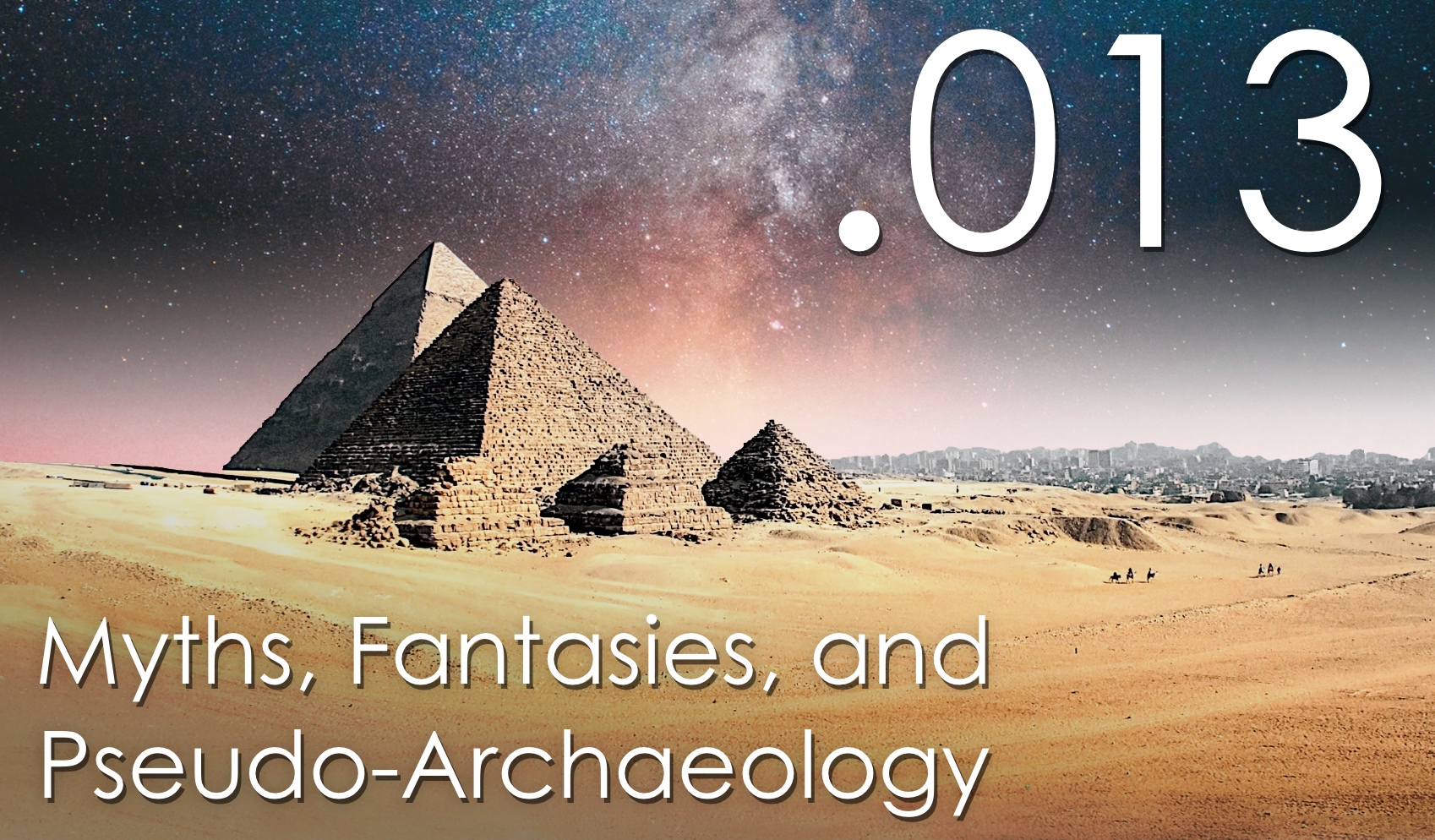 On this edition of the Seven Ages Audio Journal, Jason Pentrail’s recent adventures in flint-knapping seems to have left him with arrowheads on the mind… and hence, he abandons his Guinness for a Strongbow cider as Micah and James open the discussion with a look at innovative new discoveries in American archaeology, as reported recently in relation to the Gault Site, and early human site north of Austin Texas (for more on this, you can see our article here).

Then changing gears, we turn our attention to the subject of pseudo-archaeology, in a conversation with our guests Serra Head and Ken Feder of the Archaeology Fantasies Podcast. Is there evidence that people in the ancient past had “help” from extraterrestrials? Well… no. So why do people believe in such things? We explore the problems with pseudo-archaeology with our guests, as we discuss everything from the popularity of ancient astronaut theories and “out-of-place artifacts” to the lost continent of Atlantis.

Serra Head has over 14 years in the field and lab, with a B.A in Anthropology and a Masters of Science certificate in GIS/Remote Sensing with a focus in Archaeology. She is finishing a Master degree in CRM Archaeology next year. She has been debunking bad archaeology and pseudoscience since 2007 and has spoken publicly on the topic frequently.

Ken Feder is a full professor of Anthropology at Central Connecticut State University in New Britain, Connecticut, USA. His primary research interests include the archaeology of the native peoples of New England and the analysis of public perceptions about the human past. He is the author of several books including: Frauds, Myths, and Mysteries: Science and Pseudoscience in Archaeology, The Past in Perspective: An Introduction to Human Prehistory (Oxford University Press, 2017, 7th edition); and Ancient America: Fifty Archaeological Sites to See for Yourself (Rowman & Littlefield, 2017). His upcoming book, Archaeological Oddities: A Field Guide to Forty Claims of Lost Civilizations, Ancient Visitors, and Other Strange Sites in North America (Rowman & Littlefield) is scheduled for publication in 2019. He has served as a commentator on numerous television documentaries about the human past and is co-host of the Archaeological Fantasies podcast. On the topic of human antiquity, one producer described him as being “a beacon of sanity in a sea of madness,” which actually is a very scary thought.