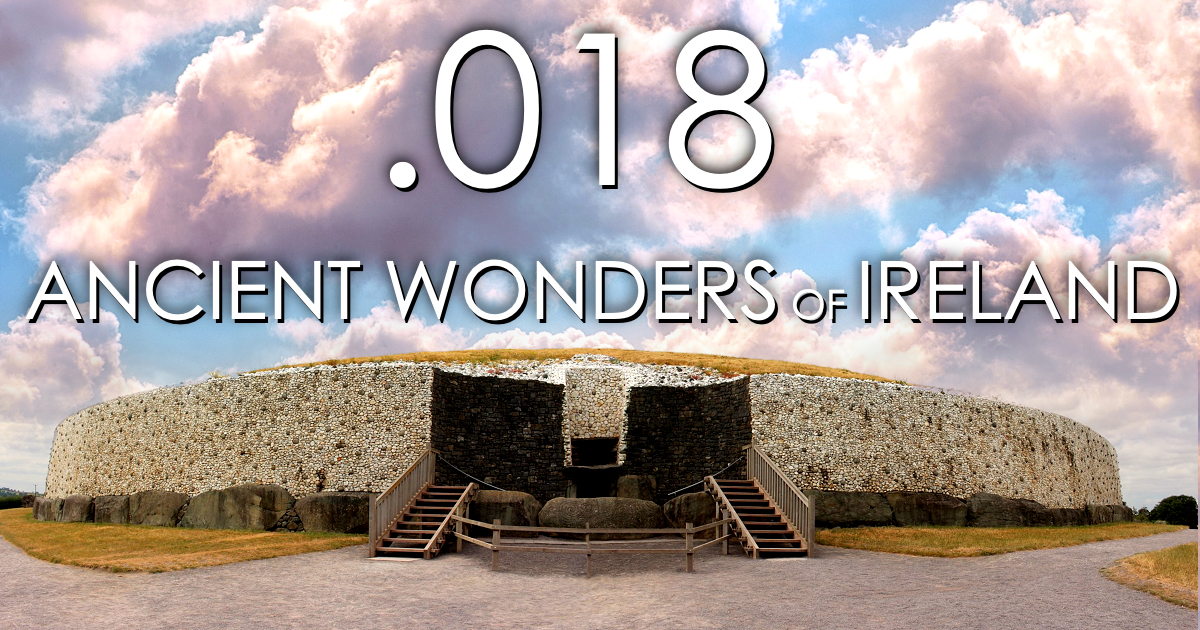 On this edition of the Seven Ages Audio Journal, after looking at the latest news in history and archaeology, we turn our attention to the ancient wonders of the Emerald Isle.

Among the locales we visit in this episode is the famous Brú na Bóinne, or “Bend of Boyne” located in County Meath, on the eastern side of the Republic of Ireland. The area is home of some of Ireland’s most famous examples of megalith culture; among its most famous sites is Newgrange, a 5200-year-old passage tomb that is among the earliest megalithic sites in all of Europe.

According to World Heritage Ireland, a division of Ireland’s Dept. of Environment, Heritage & Local Government, Brú na Bóinne means the ‘palace’ or the ‘mansion’ of the Boyne. The site’s unique name “refers to the area within the bend of the River Boyne which contains one of the world’s most important prehistoric landscapes. It is located close to the east coast of Ireland approximately 40 km north of Dublin city, about 8km west of the medieval town of Drogheda and about 5km east of the village of Slane.”

Along with Newgrange, two other large passage tombs, Knowth and Dowth, also exist at Brú na Bóinne, all of which date to the Neolithic or Late Stone Age. “An additional ninety monuments have been recorded in the area giving rise to one of the most significant archaeological complexes in terms of scale and density of monuments and the material evidence that accompanies them. The Brú na Bóinne tombs, in particular Knowth, contain the largest assemblage of megalithic art in Western Europe.”