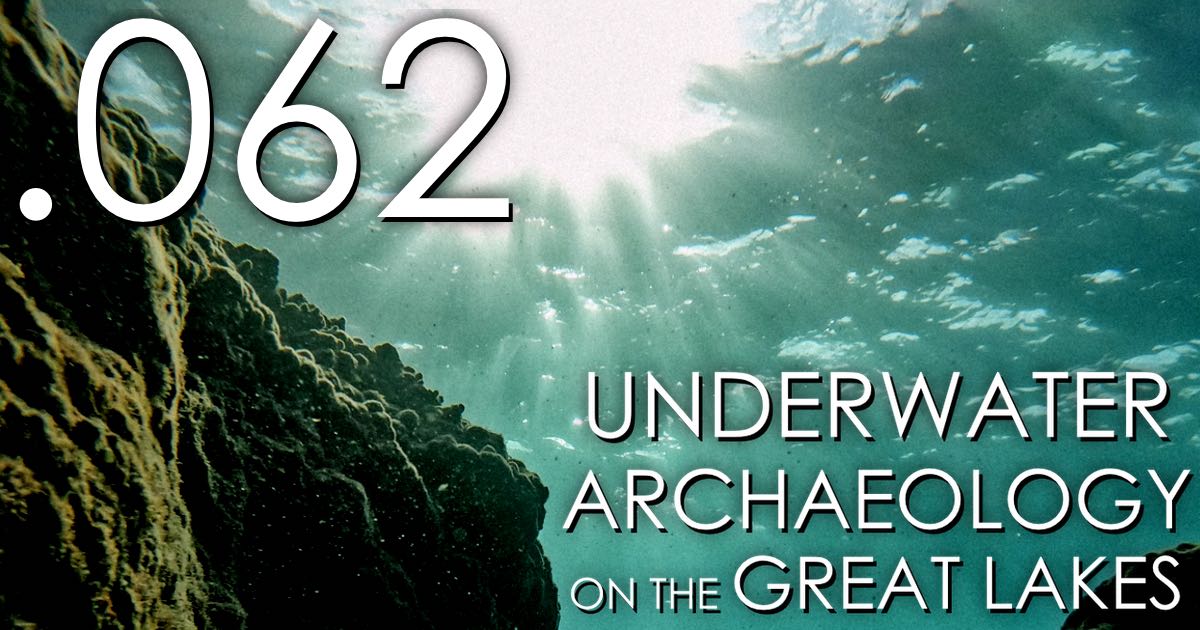 In this episode of the Seven Ages Audio Journal, the team begins with the latest news from the world of archaeology. Micah covers the story of the use of stone tools by modern monkeys. Next, Jason presents the unlikely story of a Londoner who has cracked the code of the meaning of ancient cave paintings.

The team then welcomes Dr. Ashley Lemke for an exciting discussion on her work discovering ancient underwater archaeological sites beneath the Great Lakes. Ashley Lemke is an Associate Professor at the University of Texas in Arlington and former Chair of the Advisory Council on Underwater Archaeology (www.acuaonline.org). She is a leading researcher on the archaeology of hunter-gatherers. She has worked extensively on both terrestrial and underwater archaeological projects from the Lower Paleolithic in Europe to 19th-century Nunamiut archaeological sites in the Arctic. She is an expert on submerged ancient sites in the Americas and has researched such sites in the Gulf of Mexico, Great Lakes, and Atlantic Ocean.