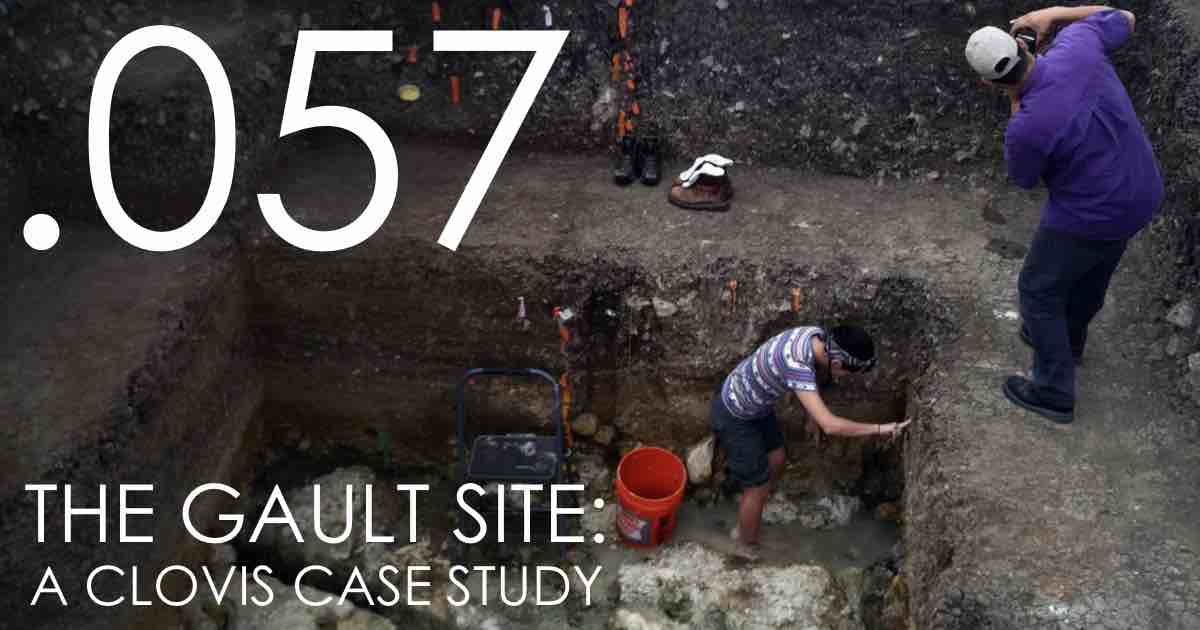 In this episode of the Seven Ages Audio Journal, the team welcomes Dr. Clark Wernecke. Dr. Wernecke is the Executive Director for the Gault School of Archaeological Research and brings a unique blend of scholarship and experience to the school with degrees in history, business, and anthropology. He has considerable experience in business and has specialized in the management of large archaeological projects. Dr. Wernecke has worked in the Middle East, Mesoamerica, the American Southeast, and the Southwest. In addition to his work with the GSAR, he is currently working on archaeological data from the Mexican War and early Texas architecture.

The Gault Site has been known by archaeologists for at least 78 years. In 1929, the first anthropologist at the University of Texas, J.E. Pearce, had a crew excavating at the site for eight weeks. Though primarily interested in the Archaic burnt-rock midden showing on the surface Pearce’s crew managed to excavate a handful of Paleoindian artifacts including Clovis cultural materials more than 2 years before the discoveries at Blackwater Draw. Since that time the Gault site has proven to be a significant archaeological zone spanning all twenty-two known indigenous cultures and time periods from Texas.