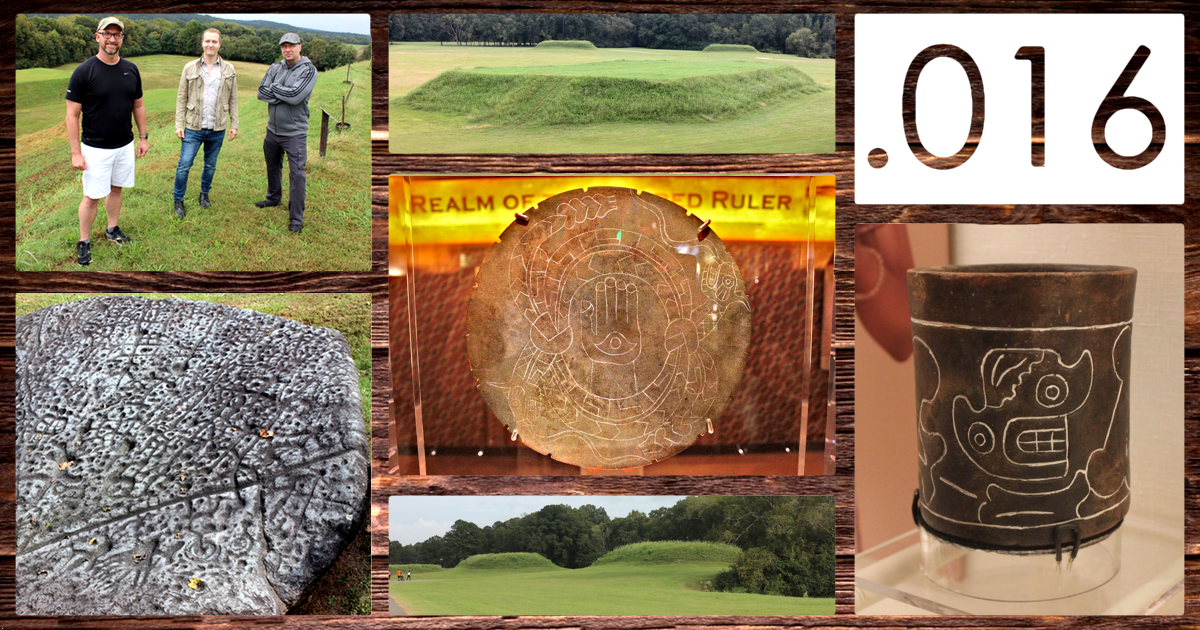 On this edition of the Seven Ages Audio Journal, the team chronicles our recent trip throughout Georgia and Alabama. Along our way to study the many notable Mississippian mound sites throughout the southeast, we were able to meet up with friends and colleagues that included researcher Randall Carlson, former professional wrestler Lash Leroux, and other enjoyable people and places.

Some of the notable sites we visited along the way include:

Judaculla Rock
“The Judaculla Rock is a soapstone rock with numerous Native American symbols etched throughout. It is a deeply associated with the Tsu’kalu or Judaculla (meaning “he has them slanting” or “slant-eyed giant”) legend of the Cherokee. Like most Native American tribes, the Cherokee believed the spirit world influenced the things of the physical world and that every man and piece of nature (animals, weather, plants, etc.) exhibited a spirit. The gods of the spiritual world controlled the spirits, and often times the Cherokee relied on a mediation between the physical world and the spiritual world; Judaculla Rock served as a landmark for the hunting god.” (Source)

Track Rock Gap
“The Track Rock Gap rock art and stone landscape sites on the Chattahoochee National Forest were created by Creek and Cherokee people beginning more than 1,000 years ago. There is no archeological evidence of any Mayan connection to the sites.” (Source)

Moundville
The Moundville site, occupied from around A.D. 1000 until A.D. 1450, is a large settlement of Mississippian culture on the Black Warrior River in central Alabama. At the time of Moundville’s heaviest residential population, the community took the form of a three-hundred-acre village built on a bluff overlooking the river. (Source)