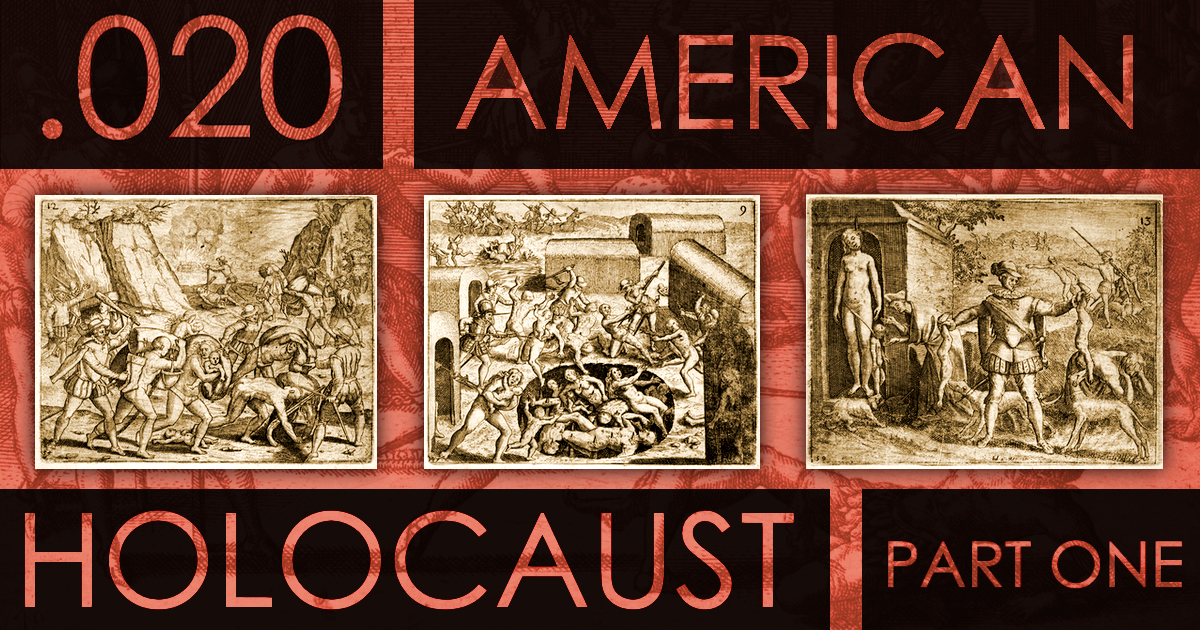 A note to our listeners: This edition of the Seven Ages Audio Journal is the first in a two-part series which addresses the atrocities brought against indigenous Americans following the Spanish conquest of America, and their ongoing struggles throughout the centuries leading up to the present day. Due to the graphic nature of some of the historical events discussed herein, this podcast is intended for mature audiences, as some listeners may find this to be sensitive material.

On this special first installment in a two-part series, we turn our attention to the dark side of American history, with a specific focus on the landmark book American Holocaust: The Conquest of the New World, by David E. Stannard, a Professor of American Studies at the University of Hawaii. In American Holocaust, Stannard “describes in horrific detail the mass destruction of entire New World societies that followed in the wake of European contact with the Western Hemisphere—destruction that lasted for more than four centuries, and that continues in many places even today.” Stannard offers a frightening–and at times a controversial–look at the less-often atrocities against indigenous Americans in post-Columbian America.

Joining us to discuss what Stannard’s book calls the “American Holocaust” is Professor Daniele Bolleli, host of the History on Fire and The Drunken Taoist podcasts. He is the author of several books on philosophy and martial arts, including the renowned On the Warrior’s Path. Daniele has appeared on The Joe Rogan Experience, and teaches at CSULB and Santa Monica College where he is an instructor on the arts, humanities, social sciences, and Native American history and culture.

Images featured with this podcast episode: