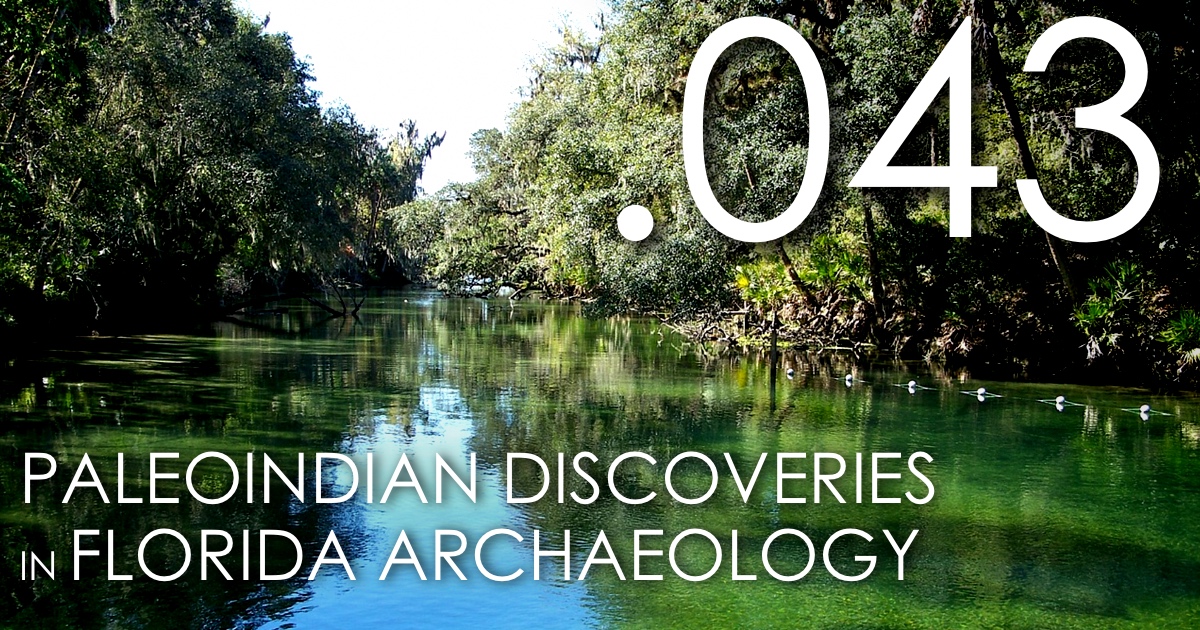 On this special holiday edition of the Seven Ages Audio Journal, after the team recaps some of the top archaeological stories of 2020, we are then joined by guests Andy Hemmings and Jim Dunbar, for a discussion of archaeological work being conducted along the waterways of Florida.

Jim Dunbar is an archaeologist with a research focus on Paleoindian (and pre-Clovis) populations, primarily in Florida. He was an employee with the Bureau of Archaeological Research and is now engaged full-time in archaeological research. He has an extensive publication record and completed his Ph.D. in Anthropology in 2012. His research includes the excavations at Wakulla Springs (funded by National Geographic), as well as the Norden site, Page-Ladson on the Aucilla River, and dozens of other sites. And, as we have heard, he has probably seen more Paleoindian sites than anyone in Florida.