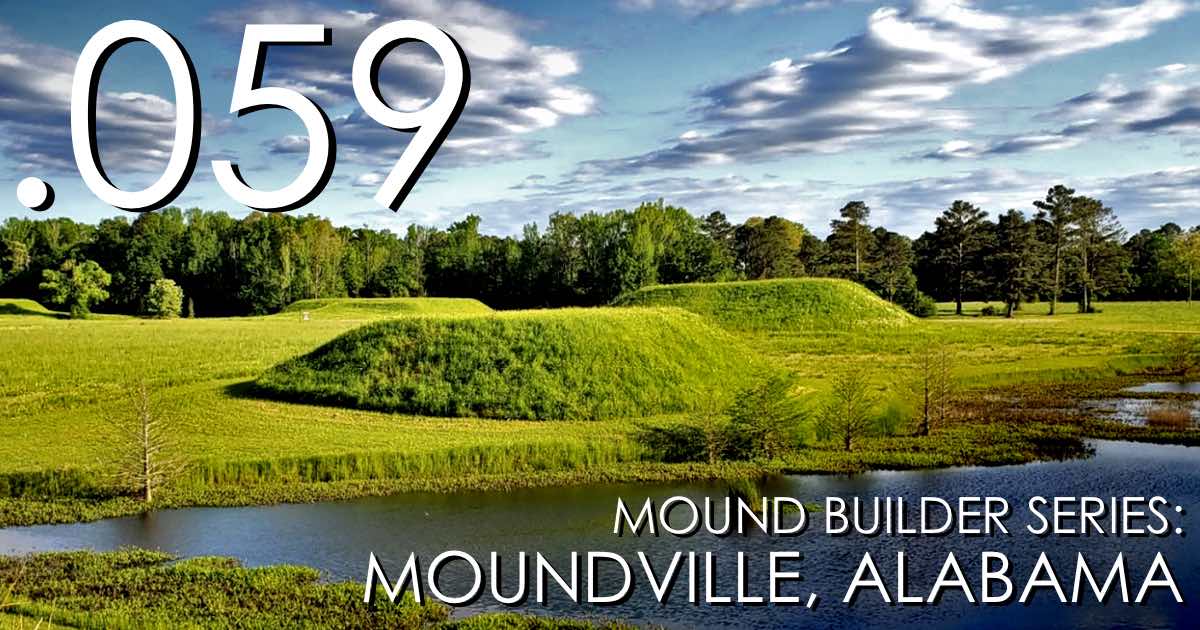 In this episode, the Seven Ages team catches up for a bit of Egyptological discussion in our introduction portion of the show, before shifting our attention over to Jason Pentrail and Chase Pipes of the Chasing History Youtube channel, who continue their journey to mound-building cultural sites throughout the Southeastern United States. At their most recent stop, the team toured the stunning Mississippian site of Moundville, Alabama. Jason and Chase are joined by friend and colleague Lash LaRoux as they sit down to speak with Faculty Curator Dr. Elliot Blair.

Dr. Elliott Blair is an anthropological archaeologist whose research focuses on the early colonial and Late Mississippian periods in the American Southeast. Much of his research focuses on population aggregation and identity at Mission Santa Catalina de Guale, a 16th and 17th-century Spanish mission located on St. Catherine’s Island, Georgia. Drawing upon practice-based approaches to the archaeology of colonialism and exploring identity through situated learning theory, he examines the persistence of social identities as diverse populations formed new communities under the pressures of missionization. In his work, he uses social network analysis to explore the structure of past social relationships at multiple scales.

We are also joined by Moundville Education and Outreach Coordinator Lindsey Gordon who shares all of Moundville’s outstanding programs and cultural relationships with us.