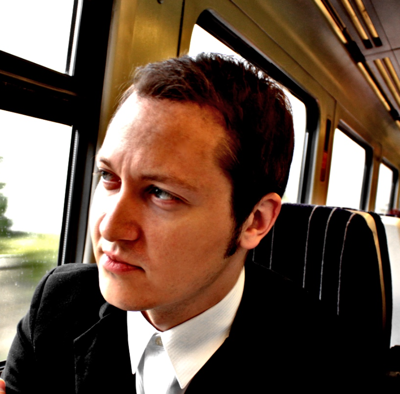 Micah Hanks is a writer, podcaster, and researcher whose interests cover a variety of subjects. His areas of focus include history, science, philosophy, current events, cultural studies, technology, unexplained phenomena, and ways the future of humankind may be influenced by science and innovation in the coming decades.

History and archaeology are among Micah’s favorite areas of study. Starting in 2016, he began working closely with members of the archaeological community in the Southeastern United States, in an effort to understand relationships between early North American inhabitants during the Paleo-Indian period and climate changes that were occurring toward the end of the last ice age. This research has also led him to sites like the Meadowcroft Rock Shelter in Pennsylvania, which ranks among the earliest known human habitation sites in America. In 2017, Micah and his colleagues, environmental scientist Jason Pentrail and geologist James Waldo, were able to interview the lead archaeologists at this, and other sites, whose work and diligence have helped rewrite the history of early American migrations and settlement.

Separate from his archaeological interests, the controversy surrounding artificial intelligence, surveillance, and the broadening of human knowledge through the World Wide Web has also become areas of focus for Micah, which have prompted him to interview leading thinkers in the field like Benjamin Goertzel, Ph.D. about forecasts for the future of humanity.

Micah has appeared on numerous television and radio programs, including CNN Radio, Coast to Coast AM with George Noory, History Channel’s Guts and Bolts, and many others. He has also lectured on a variety of subjects, including avocational archaeology, consciousness studies, aviation history, and historical mysteries.

Hanks is the author of several books and has undertaken a number of personal projects involving anomalies in nature, which include a website devoted to the scientific study of anomalous sounds in nature, and another focusing on specific seasonal seismic phenomena. Micah has also been long associated with research into anomalous nocturnal illuminations, akin to what geologists label “earthquake lights,” or which in some cases may bear similarity to the phenomenon known as ball lightning. For an overview of the Brown Mountain Lights that relies on available scientific data, please see Micah’s article here.

In addition to natural atmospheric illuminations, since 2010 Micah has become well known for his study and commentary on the subject of unexplained aerial phenomena (UAP), which involves prospective scientific research into what have traditionally been called unidentified flying objects or “UFOs” (a topic which Hanks largely considers to be a form of pseudoscience). To learn about Micah’s present work with the UAP phenomenon, please see his article on the subject here.

When not working on various research or other projects, Micah enjoys reading books on archaeology, philosophy, physics, astronomy, and history. He also enjoys watching documentaries and films, particularly in the science fiction genre; it’s no secret among those who know Micah well that he is a devoted fan of Doctor Who, England’s longest-running sci-fi drama.

Micah lives in the heart of Appalachia near Asheville, North Carolina, where he makes a living as a musician, web designer, and writer.

If you have questions or information you would like to share with Micah, you can email him directly at micah@sevenages.org.